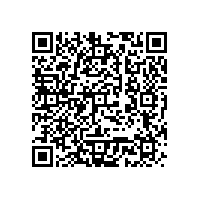 "I am very disappointed because today we had the speed to score points, which obviously hasn't always been the case this year, but several things just went wrong. The start was good for the first few metres and I tried to improve my position, but Adrian Sutil's defending was very tough. Then the first stint wasn't easy with the heavy fuel load. But during the middle stint I was able to catch up until I lost some time behind slower cars, including that of Robert. Then I had bad luck at the pit stop, as we were ready to leave the pit, but then a Renault came in and I had to wait. It felt as if it took ages before the lollipop went up."

"I had a very good start and gained a lot of positions on the first lap. Although I had a lot of tyre degradation, the first stint was quite good. Nico Rosberg was on primes in front of me and he was really quick. I changed to primes for the second stint and after a couple of laps I noticed that the tyre pressures were not right. Unfortunately this cost me a lot of lap time and I still had around 20 laps to go. Everybody in the team is working very hard and we are getting slightly better each weekend, but there is still a big gap to the front runners."

"The race result reflects our performance throughout the whole weekend. For us it was a race without anything special happening apart from Nick's second pit stop. This was because after taking on fuel and fitting new tyres he had to let Nelsinho Piquet pass. Because of this he lost valuable time, and his chance for P8 and a point. However, we had no technical problems."

"We started the race from 11th and 16th so, as nothing extraordinary happened, we could not expect more. Robert was able to move up a couple of positions on the first lap. We could not take advantage of this as Robert's prime tyres lacked of grip during his second stint. Nick lost a couple of positions at the start, but fought back during the second half of the race. One point would have been possible for Nick, but during his second pit stop he had to wait for Nelsinho Piquet who was coming in. Subsequently because of this we lost decisive time on Heikki Kovalainen and Timo Glock."