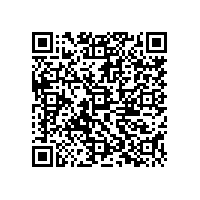 (PresseBox) ( Nürburg, 09-07-11 )
While Nick Heidfeld only just missed the top ten qualifying and came 11th in what was a rain influenced lottery, Robert Kubica still struggled with his car and qualified 16th for the German Grand Prix at the Nürburgring.

"It wasn't too bad in free practice, I was tenth in Q1, and also in Q2 it looked as if I could make it into the top ten qualifying. But then we just had bad luck with our tyre choice. When the intermediates were overheating I needed fresh tyres for the final run in Q2 and I was personally uncertain what to choose - another set of inters or the softer slick compound. I left the decision to the team and they went for drys. I don't blame anybody, as it is always easy to know afterwards what would have been best. However, 11th isn't too bad and we are free to choose our fuel strategy. I wouldn't mind having a wet race tomorrow."

"We brought some new parts to the Nürburgring and the car made some progress. Unfortunately, my car didn't react how it should. I have struggled with my car's behaviour. As early as the first free practice session I noticed that something was wrong. Although the analysed data looked strange, we do not understand in detail what is going on. We now have to understand and fix our problem."

"It was a very strange qualifying, with the results depending on the changeable weather conditions. In Q1 Robert had to forgo his third run because of the rain and missed getting into Q2 by six hundreds of a second. For the first run in Q2 intermediates were mandatory as the track was too wet. When it dried out we gave Nick slicks for his last run, but during this lap it started raining again. Just like his team-mate, he also missed making it to the next qualifying session by one position."

"Taking the free practice results into account, we did not expect a lot more from Robert's qualifying. He was simply not happy with the car's balance. As usual, Nick did a good job during the rainy period of qualifying. In the crucial lap of Q2 we were unlucky as we had slick tyres on the car when it rained. Finally, we just missed Q3. The typical Eifel weather can be a crucial factor in tomorrow's race as well."