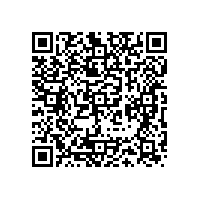 The Finn enjoyed a brilliant first half of the gruelling two-hour moto. Powering his BMW 450 X in fourth place through turn one, Kirssi soon passed Nemeth and Antoine Letellier, to take command of the race. His BMW crew rewarded the energetic ride with an ultra-quick pit stop, keeping Kirssi on top of the leaderboard.

Just when the winner seemed obvious to the 3,000-strong crowd, the Scandinavian had to reduce his pace due to growing pain. Kirssi had no choice but to let Nemeth run away in the final 40 minutes of the race. Nevertheless, he took runner-up honours by more than 90 seconds over third-placed Frenchman Nicolas Deparrois.

The final round of the championship at Schefflenz (27 September) now promises to host a battle royale between Kirssi and Nemeth. Following his brave and determined ride, Kirssi is sitting on 135 points. Nemeth has tallied 120.

Simo Kirssi: "Muehlhausen is a nice track, I like it. But all those jumps and the tree trunk section really caused problems to my wrist. I had to slow down to make it to the finish line, and second place isn't too bad considering the circumstances. The hand will be fine until Schefflenz and I'll be ready to stay on the gas - just as I'm used to."

Wolfgang Fischer: "What an impressive display of fighting spirit! To finish on the podium with such a handicap tells a lot about the quality of the rider. Our whole team and Simo deserve this title, let's hope he can do it at Schefflenz."