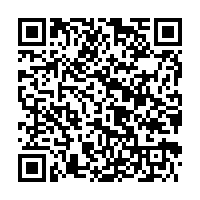 Niall Quinn, Carlin Motorsport's second driver, once again finished quickest driver of this year's Rookie Cup crop and showed enough to demonstrate that he can mix it with the more experienced Formula BMW drivers.

The single day test session, rescheduled from early March, saw a day of mixed fortunes for Paul Rees (Coles Racing) who sustained damage to his car in the morning session. Paul was unhurt and, with thanks to the team mechanics, was able to make a return to the track in the afternoon.

There is a free practice for all teams at Brands Hatch Indy Circuit on 07 April.

Background:
Formula BMW is the world's leading entry-level class in Formula racing. In 2006 the series will be held in Germany, the UK, Asia and the USA. Up-and-coming drivers as young as 15-years-old are given the opportunity of entering motor racing with the high-tech, standard FB02 race car.

This racing car has been seen on the grid since 2002 and has set standards particularly on the safety technology front. The single-seater is propelled by a 140 bhp BMW engine up to 230km/h and exceeds the FIA safety requirements for its class. BMW Motorsport has developed the FORS Formula Rescue Race Seat especially for Formula BMW. The HANS safety system is also mandatory.

In 2006, Formula BMW will be staged five times as part of the Formula One support programme. All the series offer a multifaceted Education and Coaching Programme as well as sponsorship for promising racing talents. The best known alumni of this talent hothouse are Formula One drivers Ralf Schumacher, Christian Klien and Nico Rosberg.

BMW Motorsport Director, Mario Theissen: "Formula BMW offers talented young drivers more than just a car. In the Education and Coaching Programme we have designed specially for them, they learn everything they need to know to hold their own in the big wide world of motor racing. Formula BMW has shot out of the blocks to become the top entry-level class for Formula racing worldwide".

From 13th to 16th December 2005 the Bahrain International Circuit hosted the first Formula BMW World Final. Young racing drivers from the four regional
Formula BMW series competed against each other. The winner Marco Holzer will get a test drive with the BMW Sauber F1 Team.