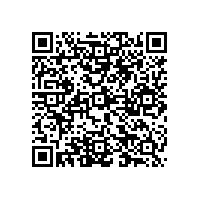 (PresseBox) ( Silverstone (GB), 09-06-22 )
The BMW Sauber F1 Team took away nothing from the British Grand Prix in Silverstone. Robert Kubica was 13th on Sunday, his team mate Nick Heidfeld was 15th.

"This was a very difficult race for me. Starting from P12 it was clear under normal circumstances we couldn't achieve much, therefore we decided to take a risk and start the race with a high fuel load and on the prime tyres. But it didn't pay off, because I had big problems heating up the tyres at the start, and I lost ground. We have to accept that 13th is just what was possible today."

"I'd say given our poor qualifying results the race result was what we expected. There wasn't much we could come away with. At the start I risked a lot when I went for a rather small gap. I damaged my front wing but I was happy it wasn't worse than that. Of course it significantly affected the aerodynamics, but we decided to wait until the scheduled pit stop so not to lose even more time. For the second stint I had to use the harder tyre compound, but the softer ones were clearly the better ones."

"For us the race reflects the performance we showed in yesterday's qualifying. Overall it was a disappointing weekend for our team. We will speed up our development programme. The only out of the ordinary situation from our point of view today was when Nick touched another car on the first lap and damaged his front wing. Although he was able to continue until the scheduled pit stop he lost a lot of time."

"We are obviously not happy with this result, but unfortunately it reflects our qualifying performance. In the race we were struggling to get the tyres into the window when they were working at their best. Both drivers complained about lack of grip on the hard compound. With the softer tyre, the pace was acceptable. But at the end of the day here the car was just not competitive. At the Nürburgring we will introduce the next aerodynamic update." Media-Website www.press.bmw-motorsport.com Team-Website www.bmw-sauber-f1.com