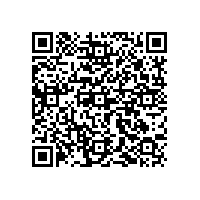 (PresseBox) ( Silverstone, 09-06-19 )
Mixed feelings for the BMW Sauber F1 Team on the first day of the British Grand Prix in Silverstone. While Nick Heidfeld was able to complete his programme as planned in both sessions and test the new front wing, Robert Kubica suffered from technical problems. In the second session he was only able to do little mileage. After an evident loss of engine power the team ordered him to pit and in 35 minutes replaced the engine, which had almost reached the end of its scheduled life circle.

"It was a difficult day for me. In the morning I had electronic problems on the car which prevented me from doing one single proper outing. Then, in the early stages of the second free practice the engine lost power. A big thank you to the mechanics who did a fantastic job changing it in a very short time! This meant that at least I had the chance to do two problem-free outings in the afternoon and some set-up work."

"For me it was a rather normal Friday. I did the tyre comparison and set-up work as planned. The track was very dusty, dirtier than usual, and therefore improved quite quickly during the session. That makes it difficult to make a judgement on the changes and on the new front wing, but I think it is better and gives us more downforce."

"We started the race weekend with a new front wing that just was delivered in during the first session. The first impression was positive. We concentrated fully on set-up work today. Nick finished his programme as scheduled and also did a long-run in preparation for the race in the afternoon. Meanwhile Robert lost some valuable time due to various reasons. In the first session he had cut outs due to the electronics. We changed the relevant parts. In the afternoon he told us he had a sudden loss of power. We immediately called him in, because we did not want to run the risk of him having to stop on the track. The engine was changed in a record time of 35 minutes so he was able to finish part of his programme."