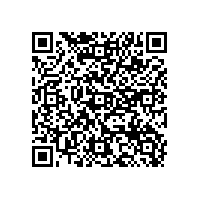 Best Weekend Of The Season For Troy / Ruben Injured

(PresseBox) ( München, 09-07-26 )
The work done away from the track, together with the recent successful Italian tests, all added up to Brno being the best weekend of the season to date. Troy finished a superb fifth in race one, after leading the first couple of laps, and followed that up with a tenth in race two, despite tyre problems. Ruben had qualified alongside Troy on the second row of the grid and was looking forward to him and Troy challenging the leaders in both the 20-lap races. But, a crash on the opening lap of the first race put paid to any chance of glory and left Ruben in the medical centre. After X-rays, it was discovered that he had broken the neck of his right femur. His right leg and hip area were put in plaster, to keep everything in a stable condition and prevent any further damage. Ruben will fly to hospital in Barcelona, where a specialist will assess the situation and decide what course of action is required. Max Biaggi (Aprilia) won the first race, after Michel Fabrizio (Ducati) took out Ben Spies (Yamaha) after just four laps, with Honda team mates Carlos Checa and Jonathan Rea in second and third. Spies won the second race and closed the gap on series leader Noriyuki Haga (Ducati) to just seven points. Second was Biaggi, with Fabrizio third.

I'm generally pretty happy with how the weekend has gone and it's been good to be consistently in the top seven or eight in every session and also qualify for final Superpole. I feel so much more comfortable on the bike now and don't feel as worn out afterwards as I have been. The recent tests have helped us a lot and it's good to know that we are going in the right direction and it's also good to know that there's more to come. It's a shame that Ruben crashed because I'm sure that he would've been right up there in both races. He is as happy with the rideability of the bike as I am and both of us are really beginning to enjoy ourselves.

That was a bit pity because I have been so happy about the bike this weekend because it has been so much easier to ride. Finally we were getting somewhere and then I crash! I guess that maybe the tyre was a bit too hard and a bit too cool. I didn't highside, I just fell off. I was sliding along OK and than I hit some deep gravel and that spun my right leg round and that's when the damage was done. I want to be positive and say that at least the injury has happened when we are about to have five weeks or so off and that will give me time to recover. I can't wait to get back on my bike and carry on with the recent improvements.

Firstly I would like to say that I hope it will not be too long before Ruben is able to join us again. I hope he is in not too much pain and I hope that he will heal quickly. The doctor told us that it is not a complicated break, so we will keep our fingers crossed for a speedy recovery. Ruben's crash does not hide the fact that this weekend has been very positive for us and we are all happy about the recent improvements. We achieved our goal of a top five finish and, more importantly, we know which direction to take now. It's good to see Troy and Ruben smiling this weekend and I'm really pleased that Troy is happy with the bike.