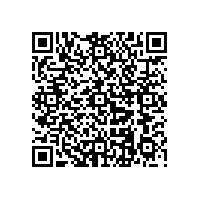 (PresseBox) ( Spa-Francorchamps, 09-08-29 )
Spa-Francorchamps (BE). The BMW Sauber F1 Team put in the best qualifying result of the 2009 season to date with Nick Heidfeld third and Robert Kubica fifth. In the morning's free practice it had looked promising with Heidfeld fastest overall and Kubica sixth.

BMW Sauber F1.09-07 / BMW P86/9
Qualifying 3rd, 1:46.500 min (3rd Free Practice: 1st, 1:45.388 min) "Today's good result is obviously very important for our team. After BMW announced it was pulling out of the sport we are working on securing the future for the team in Hinwil. Nobody has given up in this difficult period of time and today's qualifying result is a reward for it. We did our homework in practice, made several changes and I'm quite happy with the balance of the car. I think the fact that the 2009 cars are run on a medium downforce level here for the first time this year might be the reason for the grid being very different to previous races. In Q2 I firstly got stuck in traffic and then at my second outing I had a set of tyres which wasn't as good, therefore I knew I would go faster once I was in Q3. I still wouldn't mind a wet race tomorrow - even though I'm third and we did not take it into consideration in terms of fuel load and downforce level."

BMW Sauber F1.09-08 / BMW P86/9
Qualifying 5th, 1:46.586 min (3rd Free Practice: 6th, 1:45.987 min) "Even yesterday we had a good feeling as we were quite competitive. When we changed the engine before this morning's practice session, I immediately started losing speed on the straights. Unfortunately we were not able to solve the problem before qualifying. This is a bit unlucky as we have a very competitive car for the first time this season. I hope we can solve this issue by tomorrow. I expect a tough race tomorrow as the pack is close together."

"As has happened in a couple of previous races this season, the balance of power got pretty heavily shaken up today. Of course we are very happy with this qualifying result. For the first time this season we were able to reclaim the position that we safely had last year. It seems that our car and its tyres are a pretty good combination on this track. That makes me confident for tomorow's race. Congratulations to Giancarlo Fisichella and Force India for the first pole position of the team."

"Of course qualifying third and fifth is fantastic. Yesterday's results indicated our performance could be pretty good here. We improved the car's set-up overnight and learnt quite a lot about the optimum use of the tyres. This was the basis for the strong qualifying. After the tough last couple of weeks, the qualifying result is a reward for the entire team who worked flat out on the further development of the car. A big Thank You to the entire team."