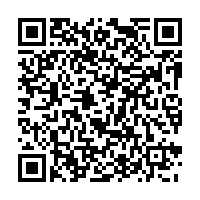 (PresseBox) ( München, 10-03-14 )
After a difficult qualifying the BMW Sauber F1 Team was heading for points in the opening round of the FIA Formula One World Championship, but the Bahrain Grand Prix ended in disappointment with both drivers retiring due to hydraulic failures.

"I actually had a good start, but then lost positions when I had to go off the track to avoid colliding with other cars. On the grass I lost acceleration and some cars were able to pass, so when I arrived at turn four I had lost several positions. Then I felt we had a car that was good enough to fight for points, and there still was a chance to achieve this when I was called into the pits on lap 29 because of an hydraulic problem."

"Unfortunately it was a short race for me because on lap 12 I lost the power steering and from then on I wasn't able to shift anymore due to a hydraulic problem. I had quite a good start when I made up four positions, but then I flatspotted a tyre and, in hindsight, I also believe it would have been better to start on the softer compound.Pedro was faster on them."

"I obviously had different hopes for how I would return to Formula One as a team principal, particularly after our promising winter testing. But even before the race our grid positions were disappointing. The race itself was okay from a performance point of view, with both drivers fighting for positions before they both stopped with a hydraulic problem. We have to analyse and to solve this problem very quickly."

"The race pace was okay. Pedro drove an intelligent race and managed his tyres really well. Kamui, who was on the harder compound, was forced to stop before his first scheduled pit stop, therefore there is not much to say. Neither car finished the race due to a hydraulic problem which we have to analyse."