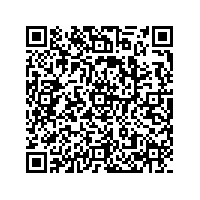 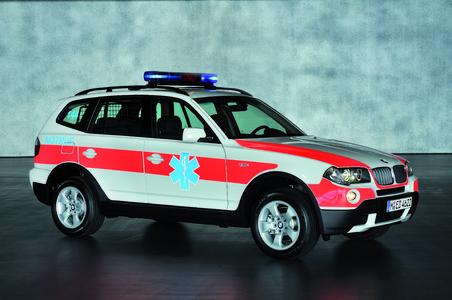 (PresseBox) ( Munich, 09-02-26 )
At its official public stand in Geneva, the BMW Group is displaying a BMW X3 xDrive20d emergency rescue vehicle. This is the first time it is being presented to the public, and by doing so, BMW has chosen not only to emphasise the X range's versatility, with its intelligent, electronically controlled four-wheel drive system, but it is also taking the opportunity to publicise its wide range of special-purpose vehicles.

The BMW X3 medical emergency vehicle presented at the Geneva Motor Show has 130kW (177 bhp) of power, making it a natural choice for fast rescue operations in virtually any location. Since BMW has plenty of experience with special-purpose vehicles, it has created, in association with a special-equipment company, a vehicle which is specifically configured for use in medical rescue situations.

The exterior of the BMW X3 is in plain white, with contrasting reflective red film and red stripes on the sides and boot lid, and double strips on the bonnet, to render the vehicle's special function visible even at a distance. To further increase its visibility, the car's contour markings have integrated reflective gaps on the sides and at the bottom of the boot lid.

Naturally, like any emergency rescue vehicle, it is also fitted with a special roof-mounted alarm system, including a blue light, an electronic siren, and an LED display with the word NOTARZT ("emergency doctor"). Two additional flashing lights are fitted inside the boot, which when opened, provide adequate warning to oncoming traffic during difficult operations.

The interior fittings of the BMW X3 emergency vehicle are somewhat more inconspicuous. These include a sturdy metal dividing frame between the luggage space and passenger cabin, a mounting for the radio device, which includes a power supply and a rest for the hand unit, as well as a charging point in the luggage area. To ensure that this special-purpose BMW X3 doesn't get stuck with an empty battery following extended use, it is also fitted with an extra 12-volt battery, complete with isolation relay.