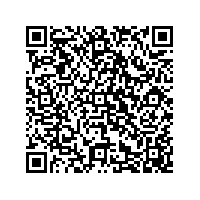 (PresseBox) ( München, 09-08-04 )
Why does Jonathan Monk think it's good that there is not a big base of collectors in Berlin and would the collector, Albrecht Kastein, agree? What is Monk's connection to the bookshop of Barbara Wien and why is the Kupferstichkabinett "like paradise" for Kastein?

On June 17th 2009, Berlin-based collector Albrecht Kastein and renowned British artist Jonathan Monk met for the very first "Art Expedition". On a beautiful Berlin afternoon, they went to attractive art spots such as Galerie Capitain Petzel, Barbara Wien's bookstore and gallery, KunstWerke and - a real highlight for art enthusiasts - the Kupferstichkabinett. Both Monk and Kastein showed to each other locations of their own choosing, locations of meaning to them within the city they live in.

As Independent Collectors' first Global Partner BMW provided the two explorers with the new BMW 5 Series Gran Turismo. Of course, Monk and Kastein not only used the limousine to get from one location to the other - they also used the travel time for lively discussions about art and collecting. At gallery Capitain Petzel Albrecht Kastein joked: "I picked this location because it they're showing the Kippenberger work 'Tankstelle Martin Bormann', I thought we could get gas for the car ..."

This "Art Expedition Berlin" is the opener to a series of short videos, featuring a collector of contemporary art and an artist who present to each other some of their favourite art locations. As you might have expected, it's not easy to keep it short enough for an online audience if you don't want to lose too much of the substance. We have condensed half a day of detailed conversation and visits to four interesting and sometimes very surprising locations into a mere six minutes. We're happy to be able to present this little gem and hope you'll enjoy this little glimpse into "contemporary art Berlin".

The BMW Group and contemporary art.

BMW's dedication to contemporary art started in the beginning of the Seventies with the commissioning of the young Gerhard Richter and has continued internationally in a variety of ways every since. Alongside the total of sixteen "Art Cars" (featuring artists like Calder, Warhol, Lichtenstein, Stella and Rauschenberg) there has been cultural sponsorship with over 100,000 employees worldwide; the support of the Nationalgalerie Berlin prize; the "Prix BMW" at Paris Foto; presence at the most important art fairs across the world over; and cooperation with significant contemporary artists like Joshua Davis, Rankin or Robin Rhode, all of which represents just a small selection of its ongoing activities. BMW has no interest in presenting modernity and the present as being alike, but consciously focuses on each location, hence facilitating the presentation of young art well away from a market environment.

Independent Collectors was launched in June 2008 as the first online platform for collectors of contemporary art. Today, more than 1.500 members from 66 nations are using the service. Every application for membership is checked individually. After all, the collectors want an environment free of commercial offers. The free membership includes the possibility to network with other collectors and to create a private online exhibition. Two thirds of the users are present under their own name; one third uses the possibility to act anonymously. Women collectors account for 40 per cent of the membership base.