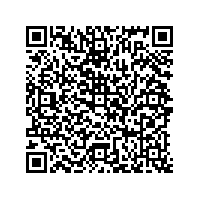 Formula One demonstrations in Seoul and Gwang-ju

(PresseBox) ( Seoul (KR), 08-10-06 )
The BMW Sauber F1 Team marked a rather special debut in South Korea on Saturday when Nick Heidfeld became the first Formula One driver ever to clock up mileage in an F1 car in South Korea’s capital, Seoul. Along a closed-off section in the Samsung-dong area of the city, the German racing driver was cheered by an estimated 20,000 spectators who had come to watch his demo drive.

On Sunday, the BMW Sauber F1 Team will be putting on another show in Gwang-ju. This city lies in the South Korean province of Jeollanam-do, where there are plans to host a Formula One race in the future. From there, Heidfeld will continue on to Japan for the Grand Prix to be held in Fuji on 12th October.

In Seoul, Heidfeld blasted up and down a half-kilometre strip five times, leaving behind lingering smoke clouds after each scorching U-turn. “It was great fun, particularly as we’re not allowed to do any donuts on the race tracks,” said the man from Mönchengladbach. "And the spectators seemed to enjoy the show as well. I just love the sheer enthusiasm of the Asians. South Korea was unknown territory for me, but the delight of the fans, who were literally squealing, is just as evident here as in Japan, our next stop".

The event was staged on the initiative of the Korea Auto Valley Operation (KAVO). KAVO is a joint venture between the government of Jeollanam-do Province and the promoter M-Bridge Holdings. The circuit plans were presented at a press conference.