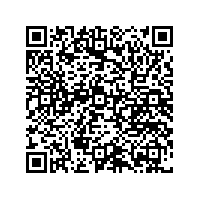 Husqvarna Motorcycles vehicle supplies as of August 2012 exceed the previous year by 29,0 %

(PresseBox) ( Munich, 12-09-06 )
With 7.400 units, BMW Motorrad supplied more vehicles than ever before in a month of August. 11,3 % more vehicles were handed over to customers than in August 2011. From January up to and including August 2012, BMW Motorrad supplied 76.729 (prev.yr.: 78,280 units / -2,0 %) motorcycles and maxi scooters to its customers. The strongest individual market for BMW Motorrad by a wide margin is Germany, followed by the US, Italy, France, Brazil and Spain.

Heiner Faust, BMW Motorrad Head of Sales and Marketing: "The record retail result for August is based on ongoing healthy demand for our motorcycle models as well as a very pleasing development of sales of our two maxi scooters C 600 Sport and C 650 GT. We started supplying the scooters in Europe at the end of July. In spite of the holiday season in the major scooter markets of Italy, France and Spain, we have already been able to supply a satisfyingly high number of vehicles to our customers in those countries. The scooters have been fully available in the European markets since August. We now look forward to the overseas market launch scheduled to take place in the autumn."

BMW Motorrad remains on course to achieve a new all-time high retail figure in 2012. In addition to the scooters, the coming weeks will see the launch of the new high-volume mid-range enduro models F 700 GS and F 800 GS. BMW Motorrad has also announced the arrival of the BMW HP4 - the new top model in the 1000 cc supersports segment which is also due to go on the market in 2012. Further new models will be presented by BMW Motorrad at the two international motorcycle shows Intermot in Cologne (at the beginning of October 2012) and the EICMA in Milan (mid-November 2012).

In July the Italian manufacturer announced its new single-cylinder models TR 650 Terra and TR 650 Strada. With these two additional models, Husqvarna will be extending its range of sporty, road-oriented motorcycles in autumn 2012.

The BMW Group is one of the most successful manufacturers of automobiles and motorcycles in the world with its BMW, MINI, Husqvarna Motorcycles and Rolls-Royce brands. As a global company, the BMW Group operates 29 production and assembly facilities in 14 countries and has a global sales network in more than 140 countries.

The success of the BMW Group has always been built on long-term thinking and responsible action. The company has therefore established ecological and social sustainability throughout the value chain, comprehensive product responsibility and a clear commitment to conserving resources as an integral part of its strategy. As a result of its efforts, the BMW Group has been ranked industry leader in the Dow Jones Sustainability Indexes for the last seven years.