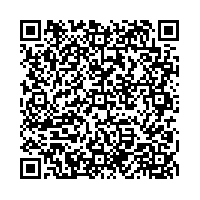 BMW International Open 2010: Els, Casey and García challenge Kaymer and Langer in the best field in the history of the tournament 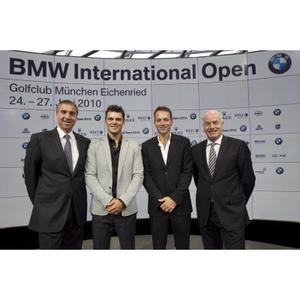 (PresseBox) ( Munich, 10-04-14 )
German golf fans can look forward to an absolute highlight at the 22nd BMW International Open. Three players from the top ten in the world rankings will tee off at Golfclub Munich Eichenried from 24th to 27th June 2010. Paul Casey (England), the current number seven in the world, Ernie Els (South Africa) the number eight and Martin Kayme (Germany) the number nine will be up against countless worldclass pros as they look to secure a share of the two million Euros prize money and one of the most prestigious titles on the European Tour.

"I am conscious that it will be harder than ever to win the BMW International Open with a topclass field like this," said Kaymer at Wednesday's press conference at BMW Welt, Munich. "But it goes without saying that I will still give it my very best shot. I have a lot of good memories of this course." At the 20th anniversary of the tournament two years ago, Kaymer became the first German to win the BMW International Open. Last year, however, he missed the cut. "I have a score to settle," he said.

The 21st BMW International Open was won by England's Nick Dougherty in 2009. The defending champion also travelled to Munich on Wednesday, and is glad to think back to last year. "That was the most important victory of my career so far," said Dougherty. "I will never forget how I came through to win against Major winners like Bernhard Langer and Retief Goosen (South Africa) in the final round. It goes without saying that I can hardly wait to get back on the course in Eichenried." As with Kaymer last year, Dougherty could make tournament history this June, as no player has yet managed to successfully defend his title at the BMW International Open in 21 tournaments.

Tournament President Karsten Engel had another piece of excellent news for golf in Germany. The contract between the BMW International Open and the European Tour has been extended to 2014. "We have been involved in the BMW International Open as partner and organiser since 1989. We are very proud of this continuity and the excellent reputation the tournament enjoys around the world," said Engel. This extension means that Germany retains its only tournament on the European Tour. "We are pleased to be able to offer the many golf fans in this country another four years of thrilling, worldclass golf."

Even at a very early stage, an extraordinary number of top players have accepted the invitation to the 2010 BMW International Open. Alongside 2009 BMW PGA Championship winner Casey and threetime Major winner Els, who already has two tournament victories to his name this year, Sergio García (Spain) will also tee off in Eichenried. Among other achievements, the former number two in the world boasts an unrivalled Ryder Cup record. Meanwhile, twotime Masters champion Bernhard Langer (Germany) will be going all out to finally win his home tournament at the 20th attempt, having already finished runnerup on five occasions. Another worldclass professional and experienced Ryder Cup player returns to Eichenried this year, in the form of 1997 winner Robert Karlsson (Sweden).

With the prestigious intercontinental competition in mind, this year's BMW International Open will also be played under the motto "100 days to go". Just 100 days after the tournament in Munich, the Ryder Cup - the biggest event in international golf - will tee off on 1st October 2010 at the Celtic Manor Resort in Newport (Wales). The BMW International Open is an outstanding opportunity for the top players to pick up important points in the race for the coveted places in the two teams. Europe's captain Colin Montgomerie (Scotland) will be able to watch the tournament at close hand. The 1999 winner has also confirmed his start place at the 2010 BMW International Open.

Recommend BMW International Open 2010: Els, Casey and García challenge Kaymer and Langer in the best field in the history of the tournament press release