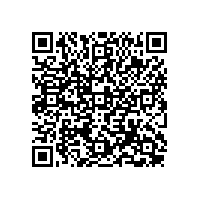 Ian Robertson, member of the Board of Management of BMW AG, responsible for Sales and Marketing: "We saw significant growth again in July. We are reaping the benefits not only of the global economic recovery but also of customers' positive response to our vehicles." Robertson continued: "Sales increased for the eleventh straight month since September 2009. We also expect our sales performance to remain strong over the coming months. For 2010 as a whole, we are aiming for growth of around 10% to reach a total of over 1.4 million vehicles."

Ian Robertson: "We are well positioned for the future with our strong product portfolio. A whole range of attractive new vehicles will be launching in the second half of the year." These include the new BMW 5 Series Sedan Long Wheelbase version which will be introduced in China in September. A fourwheel version is also coming onto the market. From the autumn onwards, the 5 Series Touring will complete the new BMW 5 Series range, and the second generation of the BMW X3 will also become available. A further highlight will be the new MINI Countryman, which will be launched in Europe from mid-September onwards and will boost sales of the brand dramatically: Orders for MINI's new Sports Activity Vehicle (SAV) are already well over plan.

As expected due to the upcoming extensive revisions to the current MINI model range, the MINI brand delivered slightly fewer vehicles in the month under review (18,241 / -5.4%) than in the same period last year (19,283). From mid-September onwards, all models will receive striking design modifications, additional engine variants and new diesel engines, as well as innovative new equipment options. In the first seven months, MINI delivered 127,543 (prev. yr. 120.815) vehicles to customers: Volumes are therefore 5.6% higher than the same period last year.

Rolls-Royce enjoyed another strong month and was able to increase sales more than fivefold yearonyear: 251 automobiles were delivered to customers (prev. yr. 45 / +457.8%) in July. In the year to the end of July, 1,221 Rolls-Royce customers worldwide took possession of their vehicles (prev. yr. 347 / +226.5%).

BMW Motorrad posted another major increase in sales in July and continued on its growth track. Against the persistent downward trend in the motorcycle segment over 500 cc, BMW Motorrad sales rose by 4.4% to 10,022 (prev. yr. 9,604) units in July. With its young and attractive range of models, BMW Motorrad reported sales growth of 18.5% to 67,037 (prev. yr. 56,578) vehicles in the year to the end of July. The large longdistance enduro, the BMW R 1200 GS, remains the bestselling model in the BMW motorcycle range. The GS will be celebrating its 30th anniversary this year. It is the most successful BMW motorcycle ever built and has become the world's bestselling motorcycle in the 500 cc and above range.