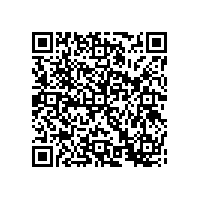 "Sharp sales volume growth on major markets and a highvalue model mix are the main reasons for the strong secondquarter performance. We have also used the economic crisis as a source of opportunity and have improved efficiency significantly in all areas of the company", stated Norbert Reithofer, Chairman of the Board of Management of BMW AG on Tuesday in Munich. "We have made good progress towards achieving our profitability targets for the year 2012. But we have no intention of resting on our laurels. We are determined to remain on track to make the company sustainably fit for the future", he continued.

Targeting EBIT margin of over 5% in Automobiles segment in 2010

The strong demand for new models such as the BMW 5 Series and BMW X1 alongside the sharp growth achieved with other models - including the BMW 7 Series - suggest that earnings will continue to rise dynamically during the remainder of the year. In view of the market success enjoyed by our products and the generally improved climate on international car markets, the BMW Group raised its fullyear earnings and sales volume forecasts in mid-July.

The company now expects to achieve an even greater improvement in pretax earnings than originally forecast. "We are aiming to achieve significantly higher group earnings in 2010 than in 2009, thus making an important step towards achieving the targets we have set for 2012", stated Reithofer. The aim is to achieve an EBIT margin of over 5% in the Automobiles segment as well as sharply improved pretax earnings and a return on equity of over 18% in the Financial Services segment.

Attractive products and the worldwide economic recovery will help to boost sales volumes in 2010: "We intend, as the world's leading manufacturer of premium cars, to increase our sales volume in the current year by around 10% to over 1.4 million vehicles", commented Reithofer.

"That said, we still need to keep in mind that some economic risks could persist during the second half of the year", continued Reithofer. For this reason, the forecast is given with the proviso that the economic recovery continues and that general business conditions are not significantly dampened.

In 2012, the BMW Group aims - as part of its Strategy Number ONE - to achieve an unchanged EBIT margin of eight to ten percent in the Automobiles segment and a return on equity of at least 18% in the Financial Services segment.

The Automobiles segment put in an extremely dynamic secondquarter performance. The segment's profit improved sharply on the back of higher sales volumes worldwide, a highervalue modelmix and better selling prices. Benefits are also already coming through from the increased use of modular components.

The total number of cars sold by the BMW brand during the first half of the year rose by 14.1% to 585,755 units (2009: 513,591 units). Models contributing to this growth included the BMW X1, the BMW X5 und X6, the BMW 7 Series and BMW Z4. The new BMW 5 Series Sedan has also had a good start: since the introduction to the European markets in mid-March, some 25,000 units have been sold. The new model has been available in the USA since June and is receiving a similar level of acclaim amongst customers there.

Further attractive new models going on sale in the coming months are the new BMW 5 Series Touring, the extendedwheelbase version of the BMW 5 Series Sedan for the Chinese market, the BMW X3 and the MINI Countryman.

MINI brand sales climbed by 7.6% in the first half of the year to 109,301 units (2009: 101,534 units). Once the MINI Countryman comes onto the market from autumn onwards, the MINI brand will then have four variants. The BMW Group is confident that the first MINI Crossover model, plus model revisions of the remainder of the model range, will generate good sales momentum over the course of the second half of the year.

Rolls-Royce sold more cars during the first half of 2010 than it has in any sixmonth period since making its return to the market in 2003. With 970 units (2009: 329 units) handed over to customers, the sales volume almost tripled in the first six months of the year.

The BMW Group recorded sales volume growth in virtually all markets during the first half of the year, with China, the Americas and Europe registering the highest growth rates. In Europe, the number of cars sold rose by 4.0% to 389,831 units. The company also remained on a growth course in its largest international market during the period under report, with sales of BMW, MINI and Rolls-Royce brand cars rising in the USA by 6.4% to 121,912 units. The BMW Group therefore remained the bestselling European premium car manufacturer in the US market.

At 30 June 2010, the Financial Services segment was managing a portfolio of 3,119,340 lease and credit financing contracts, 3.0% more than in the previous year. The number of new contracts rose worldwide by 8.5% to a total of 527,044 contracts. The growth of credit financing (up 10.3% on the first half of the previous year) contributed especially to this performance. The leasing business recorded a growth of 4.3%. Lease contracts and credit financing accounted for 28.4% and 71.6% of new business respectively. The proportion of new cars of the BMW Group financed or leased by the Financial Services segment was 46.6%, 0.4 percentage points below the proportion recorded one year earlier.

Workforce of 95,502 employees at the end of second quarter

The BMW Group had a workforce of 95,502 employees at the end of the second quarter (2009: 98,261 employees), 2.8% fewer than one year earlier. Compared to the beginning of the year, the number of employees remained more or less stable (-0.7%). As part of a forwardlooking approach to skills management, the BMW Group will recruit approximately 1,000 new employees over the course of 2010, of which roughly one half will be based in Germany. Most of the new staff are being taken on to work in the areas of research and development as well as purchasing and sales. In addition, some 1,080 apprentices will be joining BMW AG in autumn 2010.