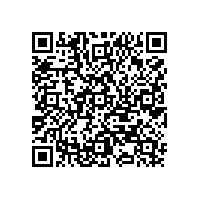 "Our new models, like the BMW X1, the BMW 5 Series Sedan, the BMW 5 Series Touring and the MINI Countryman, continued to report strong gains in October and made a positive contribution to our sales performance," said Ian Robertson, member of the Board of Management of BMW AG, responsible for Sales and Marketing. "New orders have been strong for all of these models, and based on the steady recovery of many markets, we continue to expect double-digit sales growth through the end of the year."

The MINI brand was also able to increase its sales in October: Volumes rose 6.1% to 20,525 units. The MINI Countryman - newly introduced in September - played a significant part in this development. With 3,525 units sold in October, it already accounted for almost a fifth of all MINI sales. The company delivered a total of 188,275 MINI brand vehicles to customers in the first ten months of the year (+4% year-on-year).

Robertson: "The MINI Countryman is well on its way to becoming a highly successful model. Demand is stronger than our already optimistic plans. This model will launch according to plan in other key export markets, such as the US, over the next few weeks and further contribute to the positive sales performance of the MINI brand over the coming months."

The BMW Group once again increased its sales volumes in its largest markets of Germany, the US and China in the month under review. In Germany, new vehicle registrations increased by 4.8% to 23,220 vehicles. In an overall market that has shrunk by 27% since the start of the year, the BMW Group expanded its market share by 2.4 percentage points over the same period to reach 9%.

The BMW Group also continued on its growth track in the US despite the economic uncertainties in North America. In October, BMW Group retail volumes climbed 12.6% to 23,222 units. In the year to the end of October, sales of the BMW and MINI brands increased 7.7% to 215,274 vehicles. The BMW Group's third-largest market, China, also remained a strong driving force behind the company's growth in October. Sales to customers in the People's Republic leapt 43.7% to reach 13,738 units. After the first ten months of the year, sales totalled 135,564 vehicles - an increase of 88.4% over the previous year.

BMW Motorrad delivered 6,845 motorcycles to customers worldwide in October, exceeding the already strong sales result of the previous October by 1.7%. In the year to the end of October, deliveries rose to 88,353 motorcycles (prev. yr. 76,443). This represents an increase of 15.6% over the previous year. BMW Motorrad presented a large number of new models at the autumn shows in Cologne and Milan and is expanding its attractive range of models for the 2011 motorcycle season with its first six-cylinder touring bikes, the K 1600 GT and the K 1600 GTL; the two Boxer models, R 1200 R and R 1200 R Classic; and the G 650 GS, the new BMW one-cylinder entry-level model.