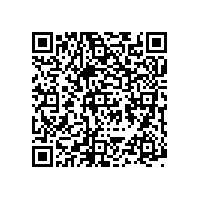 "We are very pleased with our third-quarter performance. Our attractive model range and the recovery of the global economy have enabled us to achieve another significant rise in sales volumes. Measures taken to boost profitability and a renewed high-value model mix have also had a positive impact", stated Norbert Reithofer, Chairman of the Board of Management of BMW AG, on Wednesday in Munich.

As a result of the positive business trend, the BMW Group is once again increasing its earnings forecast for the current financial year. "We are currently aiming to achieve an EBIT margin of above 7% as a result of the strong sales volume performance in the Automobile segment in 2010", said Reithofer. Previously, a full-year EBIT margin of over 5% had been forecast for the Automobile segment. The forecast for the Financial Services segment remains unchanged with a sharp improvement in earnings before tax and a return on equity of over 18%.

Sales volumes will continue to be boosted in the coming months thanks to new models. "We forecast robust double-digit sales volume growth again in the fourth quarter and are therefore confident that the full-year sales volume figure will increase by more than 10% to over 1.4 million vehicles. With this performance, the BMW Group will remain the world's leading provider of premium vehicles in 2010", commented Reithofer.

The new 5 Series Touring, the extended wheelbase version of the BMW 5 Series Sedan for the Chinese market and the MINI Countryman have been on sales since September. The new BMW X3 will follow at the end of the year. Order-intake has been strong for all of these models.

In 2012, the BMW Group still aims to achieve an EBIT margin of eight to ten percent in the Automobile segment and a return on equity of at least 18% in the Financial Services segment.

Nine-month revenues of the Automobile segment rose to euro 38,551 million (2009: euro 30,610 million/+25.9%). The segment EBIT for the first nine months of the year turned from a loss of euro 358 million to a profit of euro 2,760 million, corresponding to an EBIT margin of 7.2%. The segment profit before tax improved significantly to euro 2,443 million (2009: loss before tax of euro 783 million). Adjusted for the externalisation of pension obligations and the purchase of marketable securities, the free cash flow generated by the Automobile segment during the period from January to September 2010 amounted to euro 2.1 billion. On an unadjusted basis, the free cash flow was euro 468 million.

MINI brand sales during the first three quarters of the year went up by 3.8% to 167,751 units (2009: 161,638 units). This was helped by the good start made by the MINI Countryman which has been on sale since mid-September. Since then, 1,763 units of the first MINI Crossover model have been handed over to customers. Model revisions of the remaining MINI models have also been available since mid-September. The positive impact on sales volume figures is already perceptible: with more than 25,200 units sold, the MINI brand - with which the BMW Group created the first premium product in the small car segment back in 2001 - recorded its best September sales volume figure to date.

Rolls-Royce continues to perform successfully. With 1,728 units (2009: 461 units) handed over to customers, the sales volume almost quadrupled in the first nine months of the year. Demand for Rolls-Royce brand cars has been strong, in particular for the Ghost launched in December 2009, of which 1,535 units have been sold up to the end of the third quarter 2010.

Sales volume growth was recorded on almost all markets during the first nine months of the year, with China and the American markets in particular well ahead of the previous year. In Europe, the number of cars sold rose by 3.2% to 577,626 units. The company also remained on a growth course in its largest international market during the period under report. A total of 192,569 units were sold in the USA during the nine-month period, for instance, 7.4% more than in the previous year.

Sales in Asia during the period from January to September climbed by 59.4% to 206,490 units. The BMW Group recorded very strong growth on the Chinese markets, almost doubling nine-month sales in China (including Hong Kong and Taiwan) to 132,270 units (+96.1%).

The BMW Group was able to strengthen its competitive position further during the period under report despite difficult market conditions and is now market leader in the 500 cc plus segment in countries such as Germany, Italy, Spain, the Netherlands, Belgium, Austria and South Africa.

At 30 September 2010, the Financial Services segment was managing a portfolio of 3,144,817 lease and credit financing contracts, 3.0% more than in the previous year. The number of new contracts rose worldwide by 6.7% to a total of 802,719 contracts. Leasing business grew by 4.7%, credit financing by 7.5%. Lease contracts and credit financing accounted for 28.4% and 71.6% of new business respectively. The proportion of new BMW Group cars financed or leased by the Financial Services segment was 47.6%, 1.3 percentage points below the proportion recorded one year earlier.

The full Quarterly Report to 30 September 2010 is available for download at www.bmwgroup.com/ir. As the world's most sustainable automobile manufacturer, the BMW Group has decided not to publish its quarterly reports in paper form.