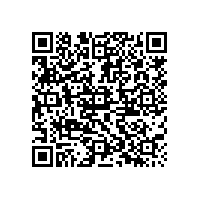 The BMW brand sold 68,803 automobiles (prev.yr.: 90,449 / -23.9%) worldwide over the past month. With sales of 129,032 units for the year to the end of February, BMW nevertheless performed considerably better than the overall premium segment, which is projected to shrink by around 27%. As a result BMW was able to expand its market share further in this segment.

Ian Robertson, member of the Board of Management of BMW AG, responsible for Sales and Marketing: "Despite the difficult conditions, the BMW Group aims to remain the world's leading supplier of premium automobiles in 2009 and after the first two months we are right on track." Robertson also added: "In just a few months the new BMW 7 Series has become the class leader in those markets in which it has been launched and the BMW X5 and X6 continue to dominate the global premium SAV/SUV segment."

In February sales of the MINI brand were 27.2% lower than the same month last year (15,919 units) at 11,583 units. For the year to the end of February, 21,702 vehicles were sold (prev.yr.: 31,376 / -30.8%). From late March on, the new MINI Convertible will rejoin the model range and give sales a substantial boost over the course of the year. New orders for the new open-topped MINI version already look very promising.

The Rolls-Royce brand was able to increase sales by 17.5% in February to a total of 67 (prev.yr.: 57) automobiles. For the year to the end of February, deliveries totalled 104 (prev.yr.: 98 / +6.1%) units. The model range will also be expanded further in the future: Rolls-Royce is currently presenting another "Experimental Car" at the Geneva Motor Show: the 200EX, which provides a glimpse of the brand's smaller model range planned for 2010.

As regards the regions and their markets: While the economic crisis resulted in lower sales in the mature markets, the BMW Group continued to make gains, for instance, in the so-called "BRIC countries" in February. In China the BMW Group delivered 4,880 (prev.yr.: 4,432) automobiles to customers and thereby achieved growth of 10.1%. In Brazil deliveries climbed 39.5% to 300 (prev.yr.: 215) units in the month under review. Against the negative trend in the market, the Group was also able to increase sales in Russia by 23.4% to 1,563 (prev.yr.: 1,267) vehicles. 244 vehicles were delivered in India in February (prev.yr.: 241 / +1.2%).