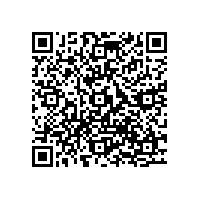 Despite the current challenging economic times, the BMW Group is confirming the long-term targets set out in its Strategy Number ONE. "2009 will be a transitional year for which we cannot yet make any reliable forecasts. Nevertheless, our long-term profitability targets for 2012 remain intact. We want to preserve the independence of the BMW Group," stated Chairman of the Board of Management of BMW AG Norbert Reithofer at the Annual Accounts Press Conference in Munich on Wednesday.

The BMW Group's current assumption is that sales volumes will decrease by 10 to 20 percent in automotive markets over the course of 2009. Reithofer expects the economy to pick up in 2010: "At that point we will also gain additional momentum from our renewed product range. The ramp-up of our highest-volume models between 2010 and 2012 will reinforce this trend."

The company previously forecast a Return on Capital Employed of 26 percent and a return on sales of 8 to 10 percent based on EBIT in the Automobiles segment for the year 2012. In order to meet these targets and to mitigate the impact of the current economic situation as much as possible, the BMW Group responded quickly over recent weeks and months by introducing numerous measures that focus on the company's financial stability and innovative strength.

The BMW Group believes a sound financial footing is what assures the company its freedom of action. That is why the company is giving priority to liquidity, free cash flow and working capital as well as fixed costs and capital expenditure. The BMW Group has worked consistently on its cost structures and continued to improve efficiency.

The innovative strength of the BMW Group is expressed in the innovative, ground-breaking and attractive products which are in demand among customers today, and will also be in demand in the future. The company leads the entire automotive industry in the reduction of CO2 emissions. With an average of 156 grams CO2 per kilometre, the BMW Group's fleet in the EU has much lower emission figures than any other premium manufacturer. Fuel consumption fell 27 percent between 1995 and 2008. No other manufacturer has reduced CO2 emissions by more than the BMW Group.

Substantial improvements at operating level in 2008

The BMW Group's performance held up well under difficult market conditions during the 2008 financial year. The company was able to make improvements at an operating level, although the economic climate had a strong impact on the BMW Group's reported figures for the year. As a result of additional provisions for residual values caused by the weak used car markets, liabilities (euro 1,968 million in total) and one-time personnel expenses of euro 455 million, earnings were reduced by exceptional expenses amounting to euro 2,423 million.

High level of exceptional expense recorded in the fourth quarter

The expense recorded in the fourth quarter 2008 for the exceptional items referred to above totalled euro 1,128 million, comprising euro 931 million for risk provisions and euro 197 million for one-off personnel expenses. The negative fourth-quarter EBIT was euro 718 million (fourth quarter 2007: positive EBIT of euro 1,308 million). Net of these exceptional items referred to, the Group would have reported positive EBIT of euro 410 million. Fourth-quarter revenues fell by 18.2% to euro 12,772 million (2007: euro 15,606 million).

The BMW Group made good progress in 2008 at an operating level, which is reflected in reduced fixed costs and substantial cost savings in the area of purchasing. "We have set ourselves the task, by 2012, of surpassing the euro 4 billion of material cost reductions targeted in conjunction with the strategy Number ONE", announced Reithofer.

In addition, the BMW Group's liquidity was further strengthened in 2008, despite the turmoil on the capital markets. Holdings of cash funds and marketable securities increased by 86.3% to euro 8,107 million (2007: euro 4,352 million). The net interest-bearing assets in the Automobiles segment increased to euro 9,046 million, compared to euro 7,354 million in 2007. The Group has therefore been able to start the new business year with a very solid financial position.

"We prepared ourselves early on and swiftly for severe business conditions, for example by taking immediate steps to bring production volumes into line with lower demand, and thus enabling us to further optimise working capital. This is also reflected in reduced inventory levels", emphasised Reithofer. With a negative figure of euro 81 million, the BMW Group was almost able to achieve a break-even free cash flow in 2008 in its Automobiles segment.

Dividend in line with earnings performance

As a result of decreased earnings, the Board of Management and the Supervisory Board will propose to shareholders at the Annual General Meeting on 14 May 2009 that a dividend of euro 0.30 (2008: euro 1.06) be paid on each share of common stock and of euro 0.32 (2008: euro 1.08) on each share of preferred stock. "We want to pay a dividend even in difficult economic times, demonstrating both the confidence we have in our operating strength and the interest in our shareholders", emphasised Reithofer.

EBIT of Automobiles segment down to euro 690 million

Unsurprisingly in the face of difficult business conditions in 2008, the BMW Group was not able to match the previous year's record sales volume figure. In total, the BMW Group sold 1,435,876 BMW, MINI and Rolls-Royce brand vehicles in 2008 (2007: 1,500,678 units/-4.3%). The Group therefore recorded its second-best annual sales volume figure in its history (behind 2007).

Despite the fact that the whole automobile industry faced huge challenges in 2008, the BMW Group was nevertheless able to achieve new sales volume records for its MINI and Rolls-Royce brands. One of the main contributing factors enabling the sales volume decrease to be kept to a moderate 4.3% was the BMW Group's "Efficient Dynamics" technology which is designed to reduce fuel consumption and CO2 emissions. All new BMW and MINI models are now equipped with this technology as a standard feature. In Europe alone, some 830,000 vehicles equipped with Efficient Dynamics were handed over to customers in 2008.

Rolls-Royce Motor Cars sold 1,212 units in 2008 (2007: 1,010 units) corresponding to a sales volume growth of 20.0%. This was the fifth annual increase in succession, ensuring that Rolls-Royce remains the undisputed market leader in the ultra-luxury segment.

The earnings performance of the Financial Services segment was severely impaired in 2008 by a number of factors, including the recognition of a risk provision expense of euro 1,057 million for residual value risks and bad debts. The segment reported a loss before tax of euro 292 million (2007: profit before tax of euro 743 million). Adjusted for exceptional factors, the segment would have reported a profit before tax of euro 765 million and a return on equity of 19.1% (2007: 18.1%). The Financial Services segment increased its revenues to euro 15,725 million (2007: euro 13,940 million/+12.8%).

The volume of new retail customer contracts rose by 3.1% to euro 29,341 million. The proportion of new BMW and MINI brand cars financed by the Financial Services segment amounted to 48.5%, up by 3.8 percentage points compared to the previous year. This increase was largely attributable to the higher proportion of credit financing, while lease financing remained fairly constant.

The number of employees was reduced over the past year as a result of the previously reported personnel-related measures, the sale of business units, normal staff attrition and the expiry of temporary contracts. At the end of 2008, the worldwide workforce comprised 100,041 employees (31 December 2007: 107,539 employees), 7.0% fewer than one year earlier. Approximately 4,000 voluntary employment contract termination agreements had been signed by the end of December. In addition, almost 1,800 posts were reduced following the sale of the Cirquent Group to NTT Data. The number of trainees at the year-end (4,102) remained at a high level (31 December 2007: 4,281).

2 Automobiles segment.
3 earnings per share in accordance with IAS 33 for common and preferred stock shares.If you have any queries, please contact:Corporate and Governmental Affairs