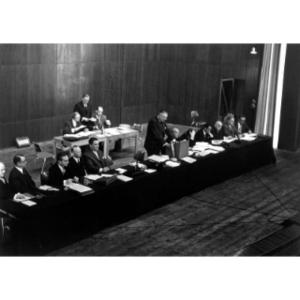 (PresseBox) ( Munich, 10-11-29 )
The BMW Group is celebrating its independence and the company's continued success since its restructuring plan was accepted on 30 November, 1960 with a special ceremony at the Theresienhöhe in Munich on 30 November 2010. "Herbert Quandt's business instinct and his ability to make courageous decisions at that time set a new course for our company and secured BMW's ability to control its own future," said Chairman of the Supervisory Board of BMW AG, Prof. Dr. Ing. Joachim Milberg, before the ceremony in Munich.

After rejecting Daimler-Benz's takeover bid for BMW in 1959 and adopting the rescue plan in November 1960, BMW went on to become an almost unprecedented success story. Since 2004, the BMW Group has been the world's leading supplier of premium automobiles. Its workforce has grown from 6,900 in 1959 to over 96,000 employees today. At the same time, the number of vehicles sold has climbed from 42,000 at that time to a predicted total of more than 1.4 million automobiles (BMW, MINI and Rolls-Royce) this year.

In its unique way, the BMW Group represents long-term business decisions and bold, future-oriented action. "We benefit from having a shareholder structure with a family of entrepreneurs as our major shareholder. To this day, it has been a stabilising factor," added Milberg.

"I consider it a privilege that we are able to make decisions from a long-term perspective, in the interests of all our stakeholders and in partnership with our workforce" noted Chairman of the Board of Management of BMW AG, Dr. Ing. Nobert Reithofer.

The course for future success was set in 2007 with Strategy Number ONE. "This strategy was introduced well before the financial and economic crisis and has been systematically implemented over the past three years. It laid the foundation for the upturn we are currently experiencing," according to the Chairman of the Supervisory Board of BMW AG. New models enjoying success today, such as the BMW X1 and the MINI Countryman, were also decided upon in 2007.

The slogan "Sheer driving pleasure" originates from the year 1964 and holds true for all BMW brand models. "Today, BMW is a brand that combines dynamic performance and efficiency like no other. And that will apply in the future, also, regardless of the type of drive train under the bonnet," commented Reithofer. "It also has to do with the people who work at BMW. Besides their high level of skill and dedication, they also have a strong identification with the company," as Milberg pointed out.

The ceremony at the Theresienhöhe is being held at the very same place where shareholders rejected the Daimler-Benz bid to acquire BMW on 9 December 1959. Speakers at tomorrow's event include Supervisory Board Chairman, Prof. Dr. Milberg, and Chairman of the Board of Management of BMW AG, Dr. Norbert Reithofer, as well as the Chairman of the General Works Council, Manfred Schoch. Representing the majority shareholder, Stefan Quandt will also discuss the historic relationship between the Quandt family and BMW.