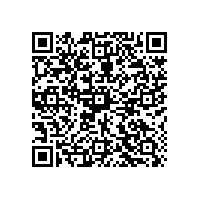 BMW Group aims for major increase in sales in China

The BMW Group is aiming for a larger increase in sales volumes in China this year than originally planned. "China is, and will remain, one of the most attractive automobile markets in the world. We expect to see significant sales growth to around 120,000 vehicles in China in 2010," said Chairman of the Board of Management of BMW AG, Norbert Reithofer, at the Auto 2010 motor show in Beijing on Friday. The company had previously been targeting a sales volume of more than 100,000 automobiles.

China is currently the BMW Group's fourth largest market worldwide. Last year the company sold more than 90,000 vehicles in mainland China. In the first quarter of 2010, deliveries increased by 100.5% to reach a total of 36,579 vehicles. The BMW Group is also on course for growth worldwide in 2010: "We intend to remain the world's leading premium manufacturer in 2010 and achieve healthy sales growth in the singledigit percentage range to reach more than 1.3 million vehicles," affirmed Reithofer.

At the motor show in Beijing, alongside the longwheelbase version of the new BMW 5 Series, the BMW Group also showcased, among others vehicles, the X6 Active Hybrid, 7 Series Active Hybrid and the BMW Active E. This fully electric vehicle based on the 1 Series Coupé - a fourseater with a spacious luggage compartment - is ideal for everyday driving. A trial fleet will be made available to Chinese customers next year. Already this year, about 50 MINI E cars will be delivered to customers in China as a field trial.

Customers' experiences with this vehicle provide input for the development of the company's Megacity Vehicle, which will be offered as a subbrand of BMW. "The Megacity Vehicle will be the BMW Group's first seriesproduced electric vehicle on the market in 2013," said Reithofer. It will be the first time significant quantities of carbon fibre reinforced plastics have been used in a seriesproduced vehicle, substantially reducing its weight. The weight of electric vehicles will be a crucial factor in determining their range in the future.

Furthermore, the BMW Group will develop and build a New Energy Vehicle for the Chinese market in collaboration with its joint venture partner, Brilliance, and expand its research and development activities at the Shenyang site.

In addition to the BMW 3 Series and the BMW 5 Series, the BMW Group also plans to produce further models in China in the future. "The BMW X1 could be one of the first products for our new plant in Tiexi in the Shenyang region. We are currently exploring this possibility together with the authorities here in China", Reithofer continued. The X1 is manufactured exclusively in Leipzig at present.

Following the launch of the new 5 Series, a successor to the 5 Series Long Wheelbase version made its world debut at the Beijing show. It will be produced and sold only in China. Production of the new vehicle will begin in autumn of this year. The long wheelbase version of the 5 Series has proved extremely successfully in China, with more than 70,000 vehicles sold since 2006.

In light of the strong market growth anticipated in China, the BMW Group will continue to expand its presence and its purchasing activities in the country over the coming years. "With our new plant in Tiexi, we will be increasing our production capacity in China to 100,000 vehicles a year from 2012 on. Over the long term, we anticipate the two plants having combined potential for as many as 300,000 vehicles a year - depending on market trends. We may realistically need this potential over the long term," Reithofer added.

The company affirmed that it would build a second production plant in China in November 2009. The investment volume for the new plant amounts to a total of 560 million euros; the BMW Group and its partner, Brilliance, will each defray half of this amount. Construction work is scheduled to begin in early June 2010, with the start of production slated for 2012. The expanded capacity in Shenyang will create a total of around 1,000 new jobs. 600 new employees have already been hired and are currently being prepared for their roles.

According to the German Association of the Automotive Industry (VDA), a total of around 478,000 premium automobiles were sold in China last year. The Association estimates that the market for premium vehicles in China will grow to more than 1.5 million units a year by 2020.

TV and online material is available for download at www.thenewsmarket.com

With its three brands -- BMW, MINI and Rolls-Royce - the BMW Group is one of the world's most successful premium manufacturers of cars and motorcycles. It operates internationally with 24 production sites in 13 countries and a global sales network with representation in more than 140 countries.

Longterm thinking and responsible action have long been the foundation of the BMW Group's success. Striving for ecological and social sustainability along the entire valueadded chain, taking full responsibility for our products and giving an unequivocal commitment to preserving resources are prime objectives firmly embedded in our corporate strategies. For these reasons, the BMW Group has been sector leader in the Dow Jones Sustainability Indices for the last five years.