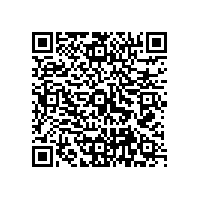 The evident market recovery since the beginning of the year continued to gain pace during the second quarter 2010. We performed exceedingly well on the international markets with a range of new and attractive models. Compared to the same period last year, sales volumes in the Automobiles and Motorcycles segments rose sharply and the business volume of the Financial Services segment expanded.

Dynamic growth for all brands

The BMW Group maintained its leading position on the international car markets in the second quarter 2010 with sharply rising sales volume figures. New models, dynamic growth in China and generally improved business conditions on international automobile markets resulted in a very strong sales volume performance, both in the second quarter and over the sixmonth period. With 380,412 BMW, MINI and Rolls-Royce cars sold in the second quarter 2010, we delivered 12.5 % more vehicles to customers than in the same period last year. The total number of vehicles sold in the sixmonth period rose by 13.1 % to 696,026 units.

Our Motorcycles segment performed extremely well, despite unfavourable market conditions. 36,175 BMW motorcycles were sold during the second quarter, 21.6 % more than one year earlier. Sales volume for the first six months of the year was up by 21.4 % to 57,015 units.

Our Financial Services segment continued to perform successfully. The number of lease and financing contracts in place with dealers and retail customers rose by 3.0 % compared to the end of the second quarter 2009 and totalled 3,119,340 contracts at 30 June 2010.

Revenues and earnings well up

After the successful launching of the new BMW X1, 5 Series Gran Turismo, ActiveHybrid X6, ActiveHybrid 7 and 5 Series Sedan models as well as the revised versions of the X5, 3 Series Coupé and Convertible in the first half of 2010, we will continue to rejuvenate our range of vehicles during the remainder of the year. Mid-September will see the launching of the new BMW 5 Series Touring and the introduction of the extended wheelbase version of the BMW 5 Series Sedan in China. The new BMW 5 Series Touring is the epitome of driving pleasure and efficiency combined with versatility and sporting elegance. The model is also outstanding for its extensive range of convenience and safety features, including numerous exclusive BMW driver assistance systems. The new BMW X3 will also be available on the markets from autumn onwards. The second generation of this Sports Activity Vehicle is winning customers over with its greater spaciousness, optimised functionality and smoother ride. The Auto Start Stop function will be utilised for the first time with a sixcylinder engine and eightgear automatic transmission in the new BMW X3.

The MINI Countryman will be added to the MINI model range from September onwards. On a similar time scale, the revised models of the MINI, the MINI Clubman and the MINI Convertible will also become available at dealerships. The MINI family will be equipped with a range of new features, including a wider choice of engines and various design modifications. Two more models based on the MINI Coupé Concept and MINI Roadster Concept, originally presented as concept studies at the IAA Motor Show in Frankfurt, will be launched soon after.

After the highly successful introduction of the S 1000 RR Supersport bike, the model revision of the R 1200 RT and the technical revision of the R 1200 GS, the Motorcycles segment presented a number of special enduro models in spring 2010. In order to mark the 30th anniversary, limited editions of the R 1200 GS, R 1200 GS Adventure, F 800 GS and F 650 GS Enduro models featuring special paintwork and highquality equipment will go on sale. The new K 1600 GT and K 1600 GTL models will be presented to the public for the first time at the INTERMOT International Motorcycle Fair this coming autumn. For the first time in the segment's history, both of these models will be fitted with sixcylinder inline engines and offer comfortable travel, safety and plenty of features as well as the dynamic riding experience typical for the BMW brand.

In the first half of 2010, sales on car markets worldwide were up by 14 % on the previous year. The markets have therefore compensated for more than one half of the slump in demand caused by the international economic and financial crisis. Performance during the sixmonth period under report varied from market to market.

The car market in China, which had already grown by approximately one half in 2009, grew again by an additional quarter during the first six months of 2010. China therefore continues to be the largest car market worldwide.

The US market, which slumped last year to its lowest point since 1982, grew by 17 % during the first half of 2010, but still short of the level seen in recent years.

European markets performed inconsistently. As a result of the expiry of the scrappage bonus scheme, the German market was approximately one third down on the record level registered in the first half of 2009. In other countries, however, scrappage bonus programmes continued into the first half of 2010, helping to stabilise those markets. Sales volumes in Italy and France for the sixmonth period were roughly at the previous year's level. The UK car market also benefited during the first six months of 2010 from the ongoing scrappage bonus programme, surpassing the previous year's volume by approximately 16 %. The recovery in Spain was particularly pronounced: after contracting by approximately one half over the course of the financial crisis, the market grew by 38 % during the first half of 2010. The European market as a whole was one per cent down on the previous year.

In Japan governmentfunded stimulus programmes based on ecological criteria resulted in demand rising by about one fifth in the sixmonth period.

Most emerging markets again recorded doubledigit growth figures in the first half of 2010. The number of cars sold in Brazil rose by around 15 %. The market in India grew by roughly one third compared to the previous year. In Russia the scrappage bonus scheme introduced in 2010 helped to stabilise the market at the previous year's level over the sixmonth period, after contracting by one half the previous year.

In the USA the 500 cc plus segment was 13.7 % down on a sixmonth basis. Motorcycle sales in Japan during the period from January to June 2010 were 6.5 % lower than one year earlier.

International financial markets continued to be fraught with uncertainty during the first half of 2010, additionally exacerbated by the debt crisis in Europe. Towards the end of the period, governments and central banks were forced to intervene massively to stabilise the markets.

The situation also improved on the used car markets in continental Europe during the first half of 2010. Used car markets in North America and Great Britain continued to stabilise in the second quarter 2010.
(PDF)