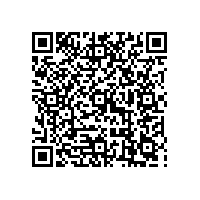 The knock-on effects of the international financial crisis and a downturn in the global economy had a significant negative impact on the performance of the automobile industry in the third quarter. Ongoing consumer reticence on the main sales markets, the weak state of the pre-owned car markets together with difficult refinancing conditions also took their toll on the BMW Group, resulting in a perceptible drop in revenues and earnings.

In the face of a general reticence to spend by consumers, the ongoing difficulties of the pre-owned car markets and increased bad debt risks, the BMW Group again raised its provision for residual value risks and credit risks during the third quarter. The expense for risk provision was euro 342 million in the third quarter, bringing the total expense recognised in the first nine months of the year to euro 1,037 million. In addition, a further euro 258 million was incurred during the period from January to September in conjunction with previously announced measures to reduce the size of the workforce.

"The financial crisis is by no means behind us yet, particularly its impact on the real economy in 2009. The automobile industry is without doubt facing some extreme challenges. However, we need to look at the opportunities such times may bring us. As a strong and innovative company, the BMW Group will overcome the current difficult situation, putting it into an excellent starting position for the future", stated Norbert Reithofer, Chairman of the Board of Management of BMW AG in Munich on Tuesday.

Due to the worsening of the financial crisis, it is currently impossible to make stable forecasts for the rest of the year and beyond. "Difficult business conditions and the volatile climate on the market mean that it is as good as impossible from today's perspective to make a reliable prediction of the earning outcome for the financial year 2008. We will, however, achieve a result that is clearly positive", continued Reithofer. Previously, the BMW Group had forecast a return on sales of at least 4% for the year: this is no longer feasible given the sharp deterioration in market conditions.

The BMW Group forecasts that its worldwide sales volume for the full year will not be as high as the previous year's record level. In view of the weak state of the global economy, the BMW Group will bring production volumes into line with market demand, and in additional to the 25,000 units already announced, will cut back production for the year by at least a further 40,000 units compared to the original forecasts. The BMW Group has a highly versatile production network with flexible working-time accounts which allow it to "breathe".

A host of efficiency improvement measures are being implemented at great pace on both the cost and the revenues side to enable the BMW Group to rise to future challenges. One important aspect of this is investment in the future, pushing ahead for example with measures such as "EfficientDynamics" and "project I" as part of its strategy Number ONE. The sharper focus on profitability will result, amongst other things, in product decisions being revisited. As a result, the BMW Group will no longer produce a series version of the Concept CS since this vehicle does not meet the internal requirements for rates of return.

The BMW Group has continued to achieve improvements in operational terms during the period under report, even if the general positive trend has been increasingly overshadowed by the impact of adverse external factors (risk provision and severance pay) totalling approximately euro 1.3 billion.

The BMW Group has significantly increased efficiency in the area of research and development, with third-quarter R&D expenditure down by 5.1%. Sales and general administrative costs also fell sharply after adjustment for severance pay expense. Third-quarter cost of sales was reduced by 5.5% despite the higher level of expense recognised in the areas of risk provision, currency and raw materials. This is a clear indication that efficiency improvements are beginning to benefit material and fixed costs.

Discussions are currently being held with the Works Council with a view to achieving a closer link between voluntary payments over and above union-agreed rates and the BMW Group's financial performance. These negotiations have already resulted in some successes. In view of the expected decrease in company earnings, the employee profit share for the current financial year (which is due for payment in 2009) will be reduced compared to the previous year. The Christmas bonus for the current year will be paid on the old basis. From 2009 onwards, a new basis will be used.

In the light of the increasing effectiveness of its profitability improvement measures as part of the strategy Number ONE, the BMW Group continues to target a group return on sales of at least 6% for the year 2010. This does, however, depend on the markets recovering. For the year 2012, the BMW Group continues to target a return on capital employed (ROCE) in excess of 26% and an EBIT margin of between 8% and 10% for its Automobile segment.

The BMW Group will launch a number of new models in the near future that will provide momentum for business. The revised models of the BMW 3 Series Limousine and the BMW 3 Series Touring have already been available on European markets since the end of September. The new Rolls-Royce Phantom Coupé has also been available on the markets since September. The new BMW 7 Series will follow in mid-November. The BMW Group also presented three concept vehicles -- the BMW Concept X1, the BMW Concept 7 Series Active Hybrid and the MINI Crossover Concept -- at the Automobile Show in Paris. With the BMW X6 Active Hybrid and the BMW 7 Series Active Hybrid, two models employing the highly efficient Active Hybrid technology will be available in series cars from the beginning of the coming year.

The BMW Group's Motorcycles segment sold 24,818 units in the period from July to September (third quarter 2007: 23,549 units), an increase of 5.4% over the previous year. This performance was helped by the positive resonance received from customers and media for the new F 650 GS and F 800 GS models.

The knock-on effects of the international financial crisis severely affected financial services business during the period under report. Third-quarter segment revenues rose by 14.4% to euro 4,084 million (third quarter 2007: euro 3,569 million). Third-quarter segment EBIT turned from a positive amount of euro 176 million in 2007 to a loss of euro 26 million in 2008. The pre-tax loss was euro 17 million (third quarter 2007: pre-tax profit of euro 191 million). In the third quarter 2008, the Financial Services segment recognised an additional provision expense for credit risks and residual value risks amounting to euro 232 million. The expense for the nine-month period totalled euro 477 million. Earnings were also adversely affected by higher refinancing costs caused by wider credit spreads on the capital markets.

The business volume of the segment in balance sheet terms rose by 17.1% to reach euro 57,944 million at 30 September 2008. The number of lease and financing contracts in place with dealers and retail customers rose by 17.0% to a total of 2,971,437 contracts. The proportion of new BMW Group cars financed by the Financial Services segment during the first nine months of the year amounted to 48.0%, 3.3 percentage points higher than the proportion recorded one year earlier.

The number of employees was decreased in line with previously announced plans. The BMW Group workforce comprised 103,625 employees worldwide (September 30, 2007: 107,731 employees). This corresponds to a reduction of 3.8%, including the 1,778 employees of the Cirquent Group. With effect from 30 September, the BMW Group sold 72.9% of its shares in the IT consultancy firm to the Japanese company, NTT Data. By the end of the year, the BMW Group will have achieved its target of cutting out 8,100 positions worldwide, including 3,100 from the core workforce. These figures do not include Cirquent employees.

The BMW Group remains committed to fulfilling its social responsibilities. More than 1,100 apprentices will be taken on in the coming year, 1,080 of them in Germany.