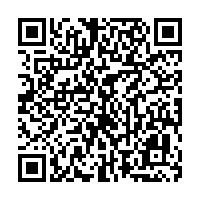 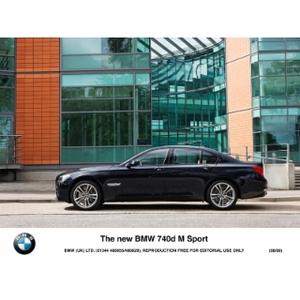 BMW's most affordable coupé model is set to appeal to an even broader set of customers with the introduction of two new engines in September. The new BMW 118d Coupé and BMW 120i Coupé have been introduced to offer the stylish lines of a coupé in a package that blends performance and economy.

The BMW 118d Coupé uses the same engine that powered the 2008 World Green Car of the Year winning BMW. This four-cylinder diesel powerplant with third generation common rail diesel technology achieves an impressive 119g/km CO2 emissions figure and a combined consumption of 62.8mpg, making it the cleanest and greenest diesel-powered sports coupé available. Performance is equally impressive with the 118d Coupé recording a zero to 62mph time of 9.0 seconds before going on to a top speed of 130mph.

The BMW 120i Coupé is powered by a Hams Hall built 1,995cc engine producing 170hp to hussle it from zero to 62mph in 7.8 seconds and on to a 139mph top speed. The four-cylinder engine is still capable of achieving 42.8mpg on the combined cycle and recording CO2 emissions of 153g/km.

The BMW 118d Coupé's low CO2 emissions figure means it sits within the lowest benefit-in-kind tier of 13 per cent and its annual Vehicle Excise Duty (VED) rate is just £35. No competitor vehicle can match the BMW 118d Coupé in terms of company car taxation and VED, while the 120i Coupé also enjoys a class-leading CO2 emissions position.

Details of the new engines come as a Sport specification has been added to the line-up of the BMW 1 Series Coupé and Convertible models. Following on from the 1 Series three- and five-door models, Sport specification is available on all four-cylinder-engined cars. The standard specification includes 17-inch Star-spoke light alloy wheels, front foglights, heated exterior mirrors and windscreen washer jets, Network cloth upholstery, Sport multi-function leather steering wheel and Sport seats. All Sport models are priced at the equivalent ES price and offer customers £1,075 of added value.

BMW's 3.0-litre twin-turbocharged diesel engine is now available in the marque's flagship model range. The new BMW 740d comes powered by a 306hp six-cylinder engine capable of propelling the vehicle from zero to 62mph in 6.3 seconds before going on to an electronically-limited 155mph top speed. Such performance also appeals to the financially minded courtesy of a combined consumption figure of 40.9mpg and CO2 emissions of just 181g/km.

The BMW 740d is available in standard-wheelbase only with specification highlights including glass sunroof, lane departure warning system, speed limit display and lumbar support for driver and front passenger. The BMW 740d is on sale now priced from £60,265 OTR.

The BMW 6 Series range has been refreshed for September with a restructuring of the model line-up and an across the board standard specification enhancement. Now all engine derivatives will be offered in SE, Sport or M specification . Every model will come with BMW Professional Multimedia Navigation, BMW Professional radio, BMW ConnectedDrive Online and Assist functions, Bluetooth telephone preparation, USB audio interface and Voice control system.

BMW's Service Inclusive package that provides added peace of mind motoring for five years or 60,000 miles will also be standard on all 6 Series models (except M derivatives). Prices for the range start at £53,710 OTR for the 630i SE Coupé and £59,400 OTR for a 630i SE Convertible.

BMW 730d and 730Ld enhanced as M Sport specification comes to 7 Series range The most fuel efficient and cleanest conventionally powered luxury car has reinforced its green credentials with the introduction of a revised engine. The new BMW 730d and 730Ld now come with a 3.0-litre six-cylinder diesel engine that features enhancements to the fuelling system for greater efficiency.

The BMW 730d now returns 41.5mpg on the combined cycle compared to 39.2mpg while the BMW 730Ld records 40.9mpg against 38.7mpg. CO2 emissions also improve with the 730d dropping from 192g/km to 178g/km and the 730Ld now recording 180g/km opposed to 194g/km. These statistics mean both models drop to VED band 'I' and are thus cheaper to tax. The vehicles also qualify for a lower benefit-in-kind rating (26 per cent and 27 per cent) representing an even more compelling proposition for the business user.

Revisions to the most popular derivative of 7 Series come as M Sport specification is available on the model for the first time in its 32-year history. M Sport is offered on every incarnation of 7 Series and comprises M Aerodynamic body styling, 19-inch M light alloy wheels with the option to upgrade to differently styled 20-inch alloy wheels, Dynamic Drive and High-gloss Shadowline exterior trim. Inside, and Sport seats, M Sport steering wheel, door sill finishers with M designation and Anthracite headlining are standard.