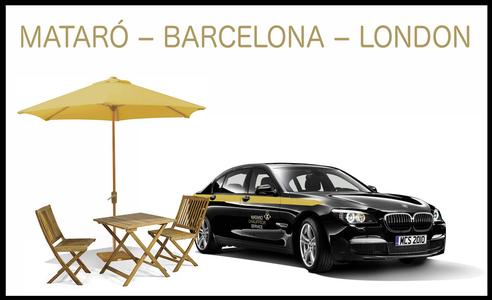 (PresseBox) ( London, 10-05-11 )
To celebrate Tate Moderns 10th anniversary, the museum will host "No Soul for Sale - A Festival of Independents", an initiative of the artist Maurizio Cattelan and curators Cecilia Alemani and Massimiliano Gioni. For this free art festival, Tate Modern is inviting over 70 of the world's most innovative independent art spaces, notforprofit organizations and artists' collectives, from Shanghai to Rio de Janeiro, to take over the Turbine Hall - amongst others: Dispatch (New York), eflux (Berlin), Para/Site Art Space (Hong Kong).

One of the most exciting art events has been organised by the Barcelonabased curatorial office Latitudes. For the project "Mataró Chauffeur Service" Spanish artist Martí Anson will set up a taxi firm and drive the curators to London and back, designing the livery of the single vehicle fleet, his chauffeur's uniform and route. The car itself will be parked in the Turbine Hall and form the basis of Latitudes' temporary office. In this setting they will present films and publications relating to the projects they have curated since 2005. Anson and Latitudes approached BMW inquiring about the possibility of an automobile for their project. The company happily obliged, with employees at BMW Spain, BMW UK and BMW Headquarters in Munich involved with the "Mataró Chauffer Service" to make the artist's vision come true.

The BMW Group and Contemporary Art

With over 100 major projects worldwide BMW Group's cultural program has been an essential element of corporate communications for almost 40 years. Besides architecture and design as well as classical music and jazz, contemporary art is an integral part of BMW Group's cultural engagement. The Nationalgalerie Prize in Berlin, the "Prix BMW" at the Paris Photo or the "Premio de Pintura" awarded by BMW and the Spanish Crown - they all aim at promoting young art. BMW has been involved for many years as an associate partner of the Leipzig International Artist Programme and the young curators' workshop during the Berlin Biennial.

Whenever the BMW Group engages in culture, it is committed to guaranteeing absolute freedom of creative potential. This freedom is just as important for groundbreaking artistic work as it is vital for innovations in a successful business enterprise.