An unambiguous statement about production in Germany 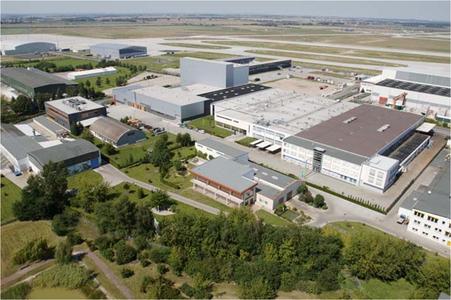 (PresseBox) ( Sindelfingen/Schkeuditz, 13-04-10 )
With the expansion of the Schkeuditz facilities, the BITZER Group is underlining its ties to production in Germany.
In close proximity to the main factory, buildings are being erected to house production, the warehouse and dispatch on a 16,000 m2 plot of land, for which BITZER signed the purchase agreement at the end of February 2013. In addition to social spaces and offices, the company is creating a new training workshop on the top floors. The existing capacities can no longer accommodate demand – in the future, three instructors will be able to train up to 32 apprentices.
Alongside construction of the new buildings, the main factory in Schkeuditz is being renovated to expand production as well as office and canteen space. Estimated at €30 million, construction should be completed by the end of 2016. ‘This investment will allow us to create a basis on which to achieve further growth in Schkeuditz. This is also an important sign for our employees,’ explains Factory Manager Frank Fuhlbrück.
In 1991, BITZER took over production of refrigeration compressors from Maschinen- und Apparatebau (MAB) Schkeuditz with its then 180 employees. The site now employs 700 people. As a center of expertise for reciprocating compressors, the location plays a key role in the full conversion of production to the NEW ECOLINE series, which was carried out on 1 April 2013. The compressors are now more versatile and, except for R134a, available for many more refrigerants. They boast higher energy efficiency and increased cooling capacity and every ECOLINE is compatible with its predecessor and can be installed in existing systems.

The BITZER Group is the world’s largest independent manufacturer of refrigeration compressors with sales companies and production sites for reciprocating, screw and scroll compressors as well as pressure vessels all over the globe. In 2012, 3,046 employees generated sales of €639 million.