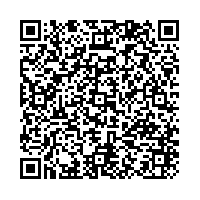 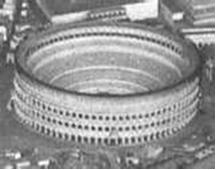 (PresseBox) ( Berg, 09-02-23 )
Up until now archaeology and world heritage sites have always been subjects which the general public have found difficult to understand and interprete, remaining a secret realm best deciphered by historians, scientists and archaeologists. Today that has changed. Through cutting-edge 3D technologies anyone with a standard PC can access and interact with historical monuments and cities that have been reconstructed from their ancient remains and brought back to life. Students and adults interested in history from around the world can find out more how ancient people and famous historical characters lived. Learning about their architecture and culture by walking down their ancient streets.

The University of California - Los Angeles and Past Perfect Productions srl. (based in Rome, Italy), who reconstruct worldwide archaeological and historical sites, have turned back the clock to ancient Rome in 320 AD, nearly two thousand years ago, rebuilding the past using virtual reality and computer graphics through a project called Rome Reborn.

On 12 November 2008, Michael Jones (the founder of Google Earth) in partnership with Joel Myers (CEO of Past Perfect Productions) and Gianni Alemanno (the Mayor of the City of Rome) presented a Google Earth - Ancient Rome service, based on the that provides the over 400 million users of GE with the possibility to fly through ancient Rome (as a layer) and get access to information on over 200 of ancient Rome's most famous monuments.

Today, Bitmanagement announces its partnership with Past Perfect Productions and the launch of their first product, "Virtual Colosseum 1.0", providing an important second step to the Google Earth - Ancient Rome service by offering users a walk-through feature through the company's 3D visualization software, BS Contact.

"Virtual Tour of the Colosseum 1.0" is already available to the general public for free use as a trial product through the web links http://www.pastperfectproductions.com offering users a highly detailed virtual reconstruction of the Colosseum as it was in 320 AD under Emperor Constantine that they can walk freely around, accessing hotspot audio clips that provide touring information explaining the history, gladiatorial games and architecture on this infamous monument.

Bitmanagement has wide experience in 3D visualisation of large-scale buildings and cities for online use, offering projects such as automated city visualisation as presented at Siggraph 2008 fair in Los Angeles and the Intergeo fair in Bremen (Germany).

Bitmanagement and Past Perfect Productions are working on the development of the entire ancient city of Rome of 320 AD, with its 7,000 monument and buildings, in order to offer global Internet users "a 3D walk about" experience of the first complete reconstructed historical city by early 2010.

About Past Perfect Productions

Based in Rome, Italy, Past Perfect Productions srl. reconstructs and manages archaeological and historical sites from around the world using scientific research and cutting-edge virtual reality techniques, producing 3D real-time content, film clips and animations with CGI characters that breathe life back into the scenes, with strict collaboration with leading archaeologists, historians, costume designers and magical storytellers. http://www.pastperfectproductions.com

Bitmanagement Software GmbH (Berg, Germany) is a leading developer of interactive, real-time 3D and multimedia software for a diverse range of markets and applications, based on the international Web 3D standards X3D, VRML and MPEG-4. Bitmanagement Software's product portfolio empowers business to rapidly develop and deploy custom, high perfor-mance, Internet enabled 3D solutions that are tailored to their particular market and seam-lessly integrated with their existing hardware and software investments.

Formed in 2002 upon a solid technology foundation 10 years in development, 3D Software Company Bitmanagement takes great pride in its proven track record of customer satis-faction and service delivery, its commitment to advancing Web 3D standards and its ongoing investment in technology and people, resulting in strong growth and positive cash flow to date and a positive financial outlook going forward.