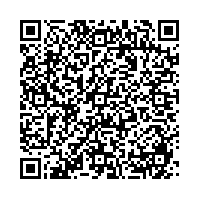 Market for MP3 players in decline

Subscribe to news
(PresseBox) ( Berlin, 10-07-21 )
.
- Both turnover and sales figures drop by 14 per cent in the EU
- Trend towards multifunction devices
- Great Britain the largest individual market

The European Information Technology Observatory (EITO) has reported that both turnover and the number of MP3 players sold in Europe will experience a doubledigit fall. According to current EITO forecasts, turnover and sales figures for these portable music players will both drop by 14 per cent in the EU in 2010. The sale of around 28.6 million devices is expected to generate a turnover of 2.6 billion euro. "MP3 players are the perfect example of how quickly the market for hightech products can change", said Bruno Lamborghini, Chairman of the EITO. Due to the increasing convergence in this area, an increasing number of devices, such as mobile phones, navigation devices, televisions or car radios, will be able to play back MP3 files. "The trend towards multifunction devices means the demand for MP3 players is dropping", explained Lamborghini. Despite this drop in the number of sales, which is expected to continue in 2011, the EITO is of the opinion that pure MP3 players will continue to hold a secure position in the consumer market. The demand for MP3 players reached its peak in 2007. During this year, 43.5 million devices were sold for 3.8 billion euro in the EU.

The success story of the MP3 player began in September 1998, when the first MP3 player for the mass market was introduced, the "Rio Diamond PMP300". The key advantage of the MP3 player was its storage technology. The MP3 compression format, which was primarily developed in Germany, resulted in much smaller data volumes without any appreciable loss in sound quality. These devices were also the first to utilise Flash technology, which is insusceptible to shock or vibrations, as the sound storage media.

Since 1993, the European Information Technology Observatory (www.eito.com) offers high quality and uptodate information on European and global markets for information technology, telecommunications and consumer electronics. The EITO is managed by Bitkom Research GmbH, a wholly owned subsidiary of BITKOM, the Federal Association for Information Technology, Telecommunications and New Media in Germany. EITO collaborates with leading market research institutes including IDATE, IDC, PAC and GfK, and research activities of the EITO Task Force are supported by the European Commission and the OECD. EITO is sponsored by CeBIT, Deutsche Telekom, Discuss & Discover, KPMG, Red.es, Simo and Telecom Italia.