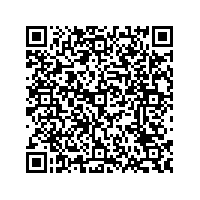 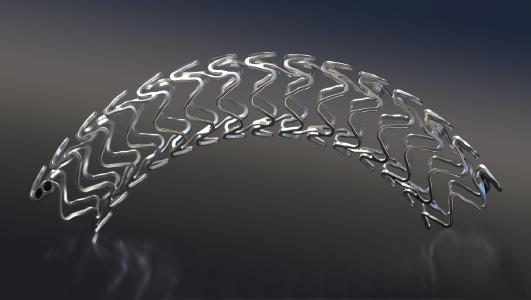 (PresseBox) ( Paris France and Buelach, Switzerland, 17-05-17 )
BIOTRONIK’s Magmaris resorbable scaffold offers a reduced risk of thrombus formation compared to a polymeric scaffold*. Coordinating clinical investigator Dr. Michael Haude demonstrated during a late-breaking trial session at EuroPCR 2017 that there was 0% incidence of definite or probable scaffold thrombosis with Magmaris after two years of clinical follow-up in the BIOSOLVE-II trial. During various talks at EuroPCR, physicians explored the different factors leading to the low risk of scaffold thrombosis with Magmaris. This included low thrombogenicity, fast resorption time and better endothelialization of the magnesium scaffold compared to a polymeric scaffold*.

Several pre-clinical shunt trials by Dr. Ron Waksman and colleagues focused on the factor of acute thrombogenicity—the tendency of a material in contact with blood to form a clot. The first trial confirmed the low risk of thrombus formation with 86% less platelet coverage on the scaffold surface area with Magmaris compared to a polymeric scaffold*. This study indicated lower thrombogenicity of the magnesium scaffold. The successful outcomes were later attributed to favourable design and the magnesium material of the Magmaris backbone. The data were presented for the first time during PCR’s Got Talent by Dr. Michael Lipinski and are also being discussed daily during EuroPCR at BIOTRONIK’s Training Village.

Dr. Michael Joner presented the importance of scaffold design and material on reducing thrombogenicity during the symposium “Magmaris Magnesium BRS: Safety and Performance of an Advanced and Innovative Technology.” Dr. Joner discussed the impact of the scaffold design on fluid dynamics of the blood flow, which is linked to platelet activation. He also showed pre-clinical data demonstrating 15% better endothelialization of Magmaris compared to the polymeric scaffold*. The positive outcome of both factors potentially support the promising results of the thrombogenicity trial by Dr. Waksman et al.

“Material and design are essential contributors to the safety and performance of a scaffold,” commented Dr. Joner, German Heart Center Munich, Germany. “Our findings clearly show that Magmaris offers significantly lower thrombogenicity than the polymeric scaffold*, helping us to increase patient safety.”

“The latest findings presented at PCR reinforce our confidence in the safety and performance of Magmaris,“ said Dr. Daniel Bühler, BIOTRONIK President Vascular Intervention. “The unique characteristics of our resorbable magnesium scaffold (RMS) technology place it in a class of its own, and we are extremely pleased by the consistently positive outcomes reported. Our ongoing investments aim to further establish Magmaris as a safe and effective therapy for patients with coronary artery disease“.

A global leader in cardio- and endovascular medical technology, BIOTRONIK is headquartered in Berlin, Germany, and represented in over 100 countries. Several million patients have received BIOTRONIK implants designed to save and improve the quality of their lives, or have been treated with BIOTRONIK coronary and peripheral vascular intervention products. Since its development of the first German pacemaker in 1963, BIOTRONIK has engineered many innovations, including Magmaris, the first clinically-proven resorbable magnesium scaffold; BIOTRONIK Home Monitoring®; Pulsar, the world’s first 4 F compatible stent for treating long lesions; Orsiro, the industry’s first hybrid drug-eluting stent; and the world’s first implantable cardioverter defibrillators and heart failure therapy devices with ProMRI® technology.