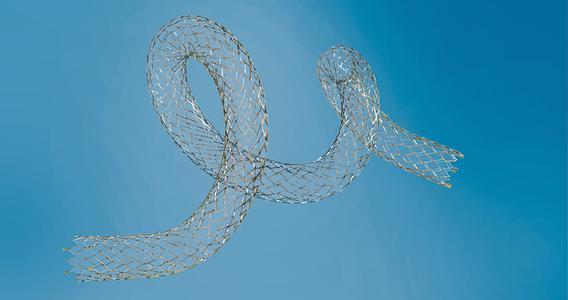 BIOTRONIK showcased the efficacy of its lower limb intervention portfolio yesterday at a scientific symposium at CIRSE 2016. Encouraging data were presented for the Pulsar-18 bare metal self-expanding (BMS SE) stent as well as for the Passeo-18 Lux drug-coated balloon (DCB), both stand-alone and together in combination treatment of superficial femoral artery (SFA) disease.

12-month interim results of BIOFLEX PEACE all-comers registry show that the Pulsar-18 BMS SE alone continues to be an effective treatment option in the SFA. The primary patency rate of 75.0 percent and freedom from target lesion revascularization (TLR) of 93.1 percent confirm the results of previous Pulsar studies.1,2 Meanwhile, 12-month data on the first 200 patients (of over 850 enrolled) in the BIOLUX P-III all-comers registry supports earlier findings3 in establishing Passeo-18 Lux DCB’s efficacy. The interim data showed a freedom from clinically-driven TLR of 94.0 percent.

Furthermore, “BIOTRONIK Combination Therapy” continues to show promise; this approach offers physicians the versatility to treat target lesions with a DCB in combination with a Pulsar BMS SE stent in segments where scaffolding support is required. Interim data from the BIOLUX 4EVER study for 90 patients demonstrated primary patency at 12 months of 88.9 percent, and a freedom from TLR of 92.5 percent. This is in line with data previously reported for BIOTRONIK Combination Therapy at the same analysis timepoint.4

“It is notable that the treatment of lesions with both Passeo-18 Lux DCB and Pulsar BMS SE during the same intervention leads to numerically similar patency rates for those obtained with drug-eluting stents” commented a lead investigator for the BIOLUX 4EVER trial, Dr. Koen Deloose, AZ Sint-Blasius in Dendermonde, Belgium. “It remains to be seen how this looks in the mid- to long-term, and also whether using DCB first or BMS first makes any difference with regard to clinical outcomes.”

“It is great to see BIOTRONIK devices continuously proving safety and efficacy when used either as a stand-alone treatment or combined,” stated Dr. Alexander Uhl, BIOTRONIK Vice President Marketing, Vascular Intervention. “We are particularly excited by the results of current BIOTRONIK combination therapy studies. We believe this approach allows physicians the flexibility to decide how much metal is necessary to leave behind: either full lesion coverage or only where support is needed. We very much look forward to presenting further data due in 2017 and beyond, from these and other running studies.”