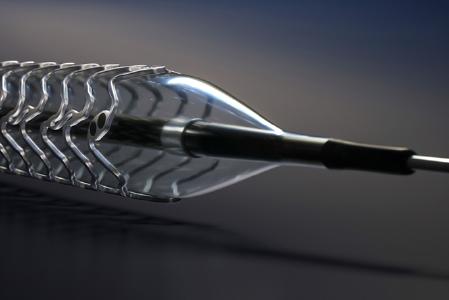 “Now that clinical results have firmly established the safety and clinical performance of Magmaris, the magnesium-based scaffold could emerge as a strong alternative to currently available polymer-based scaffolds,” commented BIOSOLVE-II principal investigator Dr. Michael Haude of the Lukaskrankenhaus, Neuss, Germany. “Because it is made of magnesium, the scaffold has some unique advantages over polymer-based options in terms of deliverability and radial resistance following the implantation procedure.”

Bench tests show that Magmaris is superior to a leading polymer-based scaffold in terms of deliverability, as it requires 40 percent less force to enter and cross a lesion.1 Physicians will find it easier to steer through vascular anatomy, as 34 percent more force is transmitted to the delivery system end.1 Additionally, Magmaris’s magnesium backbone minimizes recoil following the procedure, meaning that the scaffold is able to withstand external force within the vessel. This ensures the vessel remains open following implantation to prevent potential complications.

In addition to these properties, Magmaris offers a faster resorption compared to polymer-based scaffolds. “The body’s ability to quickly resorb magnesium leads to a faster and therefore more desirable resorption time,” stated Dr. Stephan Kische, Vivantes Cardiology Clinic, Berlin, Germany. “As the results of BIOSOLVE-II demonstrate, vessels can restore vasomotion as soon as six months after the procedure.”2

“CE mark approval for Magmaris opens a new horizon in the vascular therapeutic field,” said Dr. Daniel Buehler, President, Vascular Intervention at BIOTRONIK. “We are eager to bring our magnesium scaffold to market, as we strongly believe that only a resorbable metal alloy can provide patients the distinctive advantages capable of addressing their future needs.”

A global leader in cardio- and endovascular medical technology, BIOTRONIK is headquartered in Berlin, Germany, and represented in over 100 countries. Several million patients have received BIOTRONIK implants designed to save and improve the quality of their lives, or have been treated with BIOTRONIK coronary and peripheral vascular intervention products. Since its development of the first German pacemaker in 1963, BIOTRONIK has engineered many innovations, including Magmaris, the first clinically proven bioresorbable magnesium scaffold; BIOTRONIK Home Monitoring®; Pulsar, the world's first 4 F-compatible stent for treating long lesions; Orsiro, the industry's first hybrid drug-eluting stent; and the world's first implantable cardioverter defibrillators and heart failure therapy devices with ProMRI® technology.