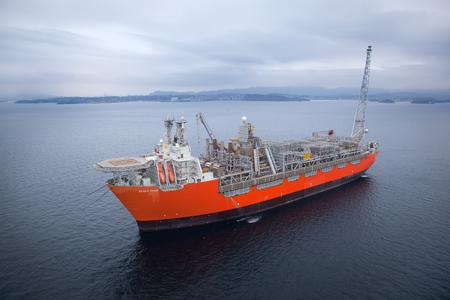 (PresseBox) ( Munich, 11-06-07 )
BIS Industrier, the Norwegian subsidiary of Bilfinger Berger Industrial Services (BIS Group), has been awarded a maintenance contract by BP Norway for platforms operating in the Valhall, Ula and Skarv fields on the Norwegian continental shelf. Covering insulation, scaffolding and surface protection, the contract has a term of three years plus an option for renewal. The contract value amounts to around EUR 40 million.

BIS Industrier prevailed over its peers in the bidding process leading up to this contract which lasted several months. The fact that the company was selected testifies to the success of the intensified efforts taken over the past few years to boost its performance. Dr. Rudolf K. Jürcke, a member of the BIS Group's Executive Board, sees this as confirmation of the successful implementation of the Group's growth strategy in the industrial maintenance market: "Our goal is to offer a broad range of services for major maintenance projects. The BP contract shows that the market is acknowledging that we are capable of doing precisely this. The oil majors are increasingly placing store by service partners who are able to help them to boost their efficiency while maintaining high quality and safety standards. These are the proven strengths of the BIS Group and its potent subsidiaries such as BIS Industrier in Norway."

BIS Industrier has recently begun to turn its attention to offering its major customers in the oil and gas industry integrated services for onshore and offshore operations. To this end, it has developed and implemented a new project management model, invested in infrastructure (interaction centre) and recruited an additional 500 employees. "The new processes and structures are rendering the coordination of onshore and offshore activities far more efficient. Despite the large distances involved, it is now possible for this work to be managed with greater precision. In this way, we have optimised our cost structures and, as the BP contract shows, enhanced our competitiveness on an enduring basis," explains Jens Christian Terjesen, CEO of BIS Industrier. Last year, the company was able to secure a number of long-term contracts with large Norwegian energy companies. Thus, for example, Statoil awarded the company contracts for onshore and offshore work involving a total volume of around EUR 300 million.

Bilfinger Berger Industrial Services (BIS) provides industrial services chiefly targeted at the process and energy production industries. These services cover the entire life cycle of industrial assets and comprise individual activities, engineering, piping, plant assembly, extensive maintenance models and demanding large-scale projects. Established in 1887, Rheinhold & Mahla AG as the Company was previously called, or the BIS Group as it is known today, has around 28,000 employees and generated total revenues of over EUR 2.9 billion in 2010. A member of the Bilfinger Berger Multi Service Group since 2002, the Company has numerous operating companies across Europe as well as in North America.