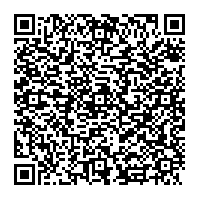 Looking back on the 2013 "flood of the century": BFFT work-force helps flood victims with a unique fundraising event

2013, a "flood of the century" devastated Europe / The vehicle technology developer BFFT helped with a unique fundraising: Employees donated overtime worth 10,000 euros / A year after this natural disaster, it's time to review how BFFT could help 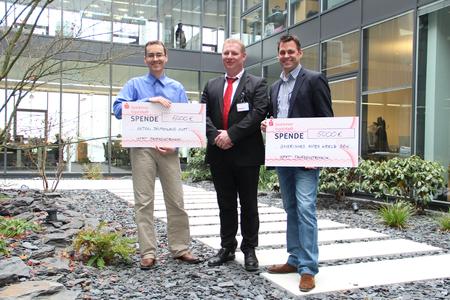 (PresseBox) ( Ingolstadt, 14-06-27 )
After the catastrophic flooding in 2013, BFFT spontaneously came up with the idea of a special fundraiser: all BFFT employees could voluntarily donate one hour of overtime. Out of a total of roughly 700 employees at several national and international locations, approximately 60% participated. The donated overtime hours were monetised in compliance with tax issues and then rounded up by the management. A total of 10,000 EUR was raised to support two projects:

A special vehicle for the BRK

A donation of 5,000 euros went to the Bavarian Red Cross (BRK), towards an all-terrain emergency vehicle. Together with a further donation, this enabled the BRK to order a VW Amarok, which can be used in a depth of up to half a metre of water, thus allowing the rescue team to take supplies to the affected areas and evacuate the local people when the streets are flooded. The vehicle will be used particularly in Lower Bavaria, where BFFT is represented by an office in Regensburg. "After the flooding, our emergency operations coordinators realised that vehicles like these would have been extremely useful, so we are very happy that BFFT's support has helped us to become better prepared for future disasters", said Dieter Hauenstein, deputy head of the BRK's local emergency operations.

Reconstruction of the children's daycare centre in Dresden

In cooperation with "Aktion Deutschland Hilft" (German relief campaign), BFFT donated the remaining 5,000 euros to the "Wiesenfrösche" children's daycare centre in Dresden. In June 2013, two mudslides streamed down over the centre's outdoor facilities. Fortunately, it was possible to keep the mud away from the freshly part-renovated building with sandbags, but afterwards, the entire surface of the outdoor area had to be cleared away, and the children's play facilities rebuilt. The donation from BFFT was used to renovate the outdoor staircase. Thus BFFT employees, many of whom with their own families, were able to help enable the children to play outside again this summer.

CEO Markus Fichtner sees this social commitment from employees as a confirmation of BFFT corporate culture: "Motivation and social responsibility go hand-in-hand, both in engineering and in the social environment."

The BFFT Gesellschaft für Fahrzeugtechnik mbH is an automotive engineering developer that focuses on electrical systems and electronics (BFFT = Behr Fichtner Fahrzeugtechnik). The company was founded in 1998, has expanded continuously since then and is part of the EDAG Group since 2013. The employees work at the headquarters in Gaimersheim near Ingolstadt (Bavaria) as well as in other offices in Germany, China, England, Italy and the USA. The range of products and services extends from initial concepts, prototypes and series-ready system developments to their qualification and protection. Examples for development areas include infotainment, energy and driver assistance systems as well as connectivity. Our contractors and partners are primarily the international automotive industry and their suppliers.

Golf at the Speed of Sound

Recommend Looking back on the 2013 "flood of the century": BFFT work-force helps flood victims with a unique fundraising event press release