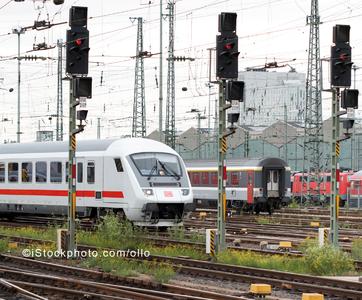 (PresseBox) ( München, 12-09-13 )
The International Union of Railways (UIC) has once again entrusted Berner & Mattner Systemtechnik GmbH with a consulting project for the European-wide standardization of signaling technology. A standardized European signaling logic and standardized interfaces between signaling systems must be specified in order to implement the results of the Integrated European Signaling System project (INESS) on a global scale. Berner & Mattner performs this specification in UML (Unified Modeling Language), which is quite a novelty as this is the first time it has been used at UIC in this way.

Berner & Mattner is a longstanding development partner of Deutsche Bahn AG and a partner of the leading manufacturers of railway technology and has been working for the UIC International Union of Railways since 2010. As Berner & Mattner had already developed the standard procedures for interface specification for the DB Netz AG NeuPro project, it was possible to deliver a UML model for the signaling requirements of INESS and two interface specifications to the European Commission on extremely short notice. After assisting the UIC in defining an end-to-end process from requirements to interface specification, the Munich-based specialists for model-based development have now been tasked with clearly, completely and consistently defining the standardized European signaling functions. This will be done in UML by means of requirement specifications as part of the follow-on project lasting until September 2012. This includes high-quality interface specifications that should be written in easy-to-understand modeling language according to ISO/IEC 19505.

"It's necessary to use a methodical approach in highly complex contexts in order to formulate the requirements as clearly as possible and, on this basis, successfully perform integration into systems from different suppliers," says Thomas Lauscher, Senior System Engineer at Berner & Mattner. "Here again the model-based design proves itself."

"International standardization of technical institutions and practices is not only the UIC's most important task; it's also one of its toughest. Berner & Mattner has already made valuable contributions to INESS and will help us successfully complete the project within the desired time frame," says Emmanuel Buseyne, INESS Project Manager at the International Union of Railways.

About the International Union of Railways

The UIC is the worldwide international organization of the railway sector and has 197 members from all 5 continents, including railway companies, infrastructure managers, railway or combined transport operators, rolling stock and traction leasing companies, and service providers. The organization, which was founded in 1922, is responsible for promoting rail transport around the world. This includes, for example, the development of new ways to improve technical and environmental performance and promoting interoperability by creating new world standards for railways. http://www.uic.org.

Berner & Mattner Systemtechnik GmbH specializes in systems engineering, development and testing of complex electronic and mechanical systems. We offer a variety of services ranging from consulting, conceptual design, software and systems development to the setup and operation of entire test and integration systems. We are a strategic partner for our customers' development departments of the automotive, energy, defence, mechanical engineering, space and transportation industries, providing customized software and engineering solutions based on our products and services. In doing so, we optimize efficiency and quality of our customers' software and system development. This is why leading companies such as Audi, BMW, Bombardier, Daimler, Deutsche Bahn, Siemens and many more have been placing their trust in Berner and Mattner's expertise. The company with headquarters in Munich was founded in 1979, currently employs 400 people at 7 sites in Germany and Austria and is a member of the international Assystem Group. Further information on Berner & Mattner: www.berner-mattner.com.