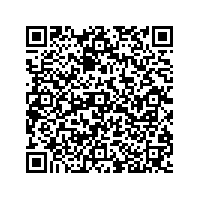 (PresseBox) ( Berlin, 13-05-08 )
For ten years, there has been a strong partnership between CAN in Automation (CiA) and the Ethernet Powerlink Standardization Group (EPSG). Since 2003, the two non-profit user organizations have jointly been making CANopen a very popular choice and a factor to reckon with in many market segments on CAN-based as well as Ethernet-based lower-layer protocols.

CAN (Controller Area Network) is a serial bus system originally developed for automotive applications and internationally standardized in the ISO 11898 se-ries. In total, some 800 million CAN interfaces will be sold this year. CANopen is a higher-layer protocol used on CAN and POWERLINK as well as other com-munication technologies for embedded control applications. It includes the application layer and the communication profile as well as application, device, and interface profiles. This internationally standardized interface (EN 50325-4) combines flexible configuration capabilities with an unparalleled degree of interoperability using standardized CiA profiles. Consequently, CANopen networks are used in a very broad range of application fields such as machine control, medical devices, mobile machines, rail vehicles, maritime electronics, building automation and power generation as well as countless embedded control systems.

CiA is committed to the CAN data link layer and the CANopen protocol. Currently, about 580 companies are members of this international users' and manufacturers' group registered in Nuremberg (Germany). "We see a bright future for CAN-based CANopen networks with their unique robustness and reliability also considering the improved CAN protocol (also known as CAN FD) that allows data-rates up to 8 Mbit/s," said Holger Zeltwanger, CiA Managing Director. "At the same time, we cherish the strong partnership with the EPSG that brings the CANopen protocol to Industrial Ethernet applications."

When the specifications for the POWERLINK Industrial Ethernet protocol were drafted, its makers decided to use the CANopen application layer and profiles for guaranteed interoperability with the well-established standard. For applica-tions requiring a higher communication bandwidth, this provides a smooth mi-gration path and saves software investments dramatically compared to Industri-al Ethernet solutions not adapting CANopen. "Users benefit from the strong partnership between EPSG and CiA," says EPSG Managing Director, Stefan Schönegger. "They can combine the stability and reliability of the CANopen protocol with POWERLINK's unparalleled performance."

The Ethernet POWERLINK Standardization Group (EPSG) is an independent organization founded in 2003 by leading companies from the fields of motion control and automation technology. Its aims are the standardization and further development of the POWERLINK protocol first introduced by B&R in 2001. This high-performance real-time communication system is an advanced protocol based on the IEEE 802.3 Ethernet standard designed to ensure real-time data transfer in the microsecond range. The EPSG cooperates with leading standardization organizations such as CAN in Automation (CiA) and the IEC. Anton Meindl, business manager of Controls at B&R, is the organization's CEO.