An anniversary celebration at B&R Switzerland

Over the last 25 years, many manufacturers have been placing their trust in the automation specialists at B&R 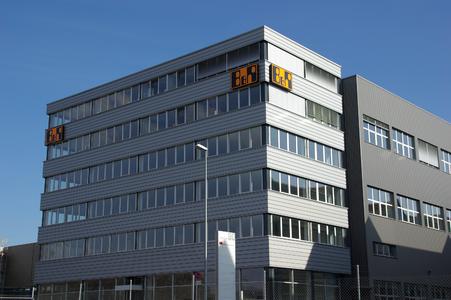 (PresseBox) ( Eggelsberg, 13-03-04 )
Last year, the Swiss subsidiary of the Austrian automation supplier B&R celebrated their 25-year anniversary. Since being founded in the spring of 1987, many well-known Swiss companies from a wide range of industries have relied on B&R's first-class products and technologies. "Our goal is to be the top partner for innovative solutions for machine manufacturers in all industries," says Paolo Salvagno, managing director of B&R Industrie-Automation AG in Switzerland.

Customers are constantly profiting from B&R's know-how as automation specialists, especially when it comes to complex tasks. The development work done by customers is made easier by the top performance, integrated intelligence, easy programming and excellent diagnostic features that are available in connection with Ethernet POWERLINK. "Our philosophy - offering the entire spectrum of automation including drives, controllers, I/O modules, bus systems and visualization devices from a single source - has proven its value in Switzerland," states Salvagno.

As a country with a high-priced economy, Swiss industry has always been forced to secure their position by placing a strong emphasis on innovation and precision. For this reason, many component suppliers see Switzerland as a test market for their new products. This is one reason why B&R opened up a subsidiary in this exciting market early on.

In August 2010, a subsidiary office was opened in Biel with a focus on sales, training and support. Since 2011, the Swiss subsidiary has been home to an in-house hardware development department for motion control. Like all B&R subsidiaries, B&R Switzerland stands out thanks to the excellent quality of their products, and also because of the excellent support provided by highly-qualified technicians.

B&R's Swiss subsidiary has now grown to a team of 35 employees. B&R is also among the front ranks of Swiss automation providers in terms of volume. "Thanks to pioneering solutions for complex automation tasks, we have always been successful in gaining new customers," says Salvagno. B&R Switzerland is confident of continued growth with existing customers as well as new customers, including those in new markets such as the Far East.

B&R is a privately owned company with headquarters in Austria and offices all around the world. As a global leader in industrial automation, B&R combines state-of-the-art technology with advanced engineering to provide customers in virtually every industry with complete solutions for machine and process automation, motion control, HMI and integrated safety technology. With industrial fieldbus communication standards like POWERLINK and openSAFETY as well as the powerful Automation Studio software development environment, B&R is constantly redefining the future of automation engineering. The innovative spirit that keeps B&R at the forefront of industrial automation is driven by a commitment to simplifying processes and exceeding customer expectations.