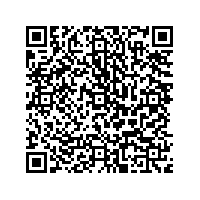 Subscribe to news
(PresseBox) ( Munich, 17-07-11 )
BayPAT, provider offering services in the area of technology transfer, IP management and commercialization, today announced that the startup company Bitflux GmbH and BayPAT have signed a purchase agreement for a technology used for the sensorless determination of the rotor position of electric motors. Basis for the agreement is an invention of the Institute for Electrical Drive Systems and Power Electronics of the Technical University of Munich (TUM), which patent application has been filed by the BayPAT.

Electric motors can be found in all varieties in our daily lives such as computer hard disks, electric cars, and railroad engines. Key components of efficient electric motors are control systems which permanently determine the current position of the rotor in order to precisely identify the speed of a dental drill or the position of a robot arm, for example. This rotation angle of the motor is usually determined by a special sensor. In contrast, the TUM technology calculates the position from the magnetic anisotropy – that is the directional dependency of the motor inductances – and therefore gets along without this additional hardware. Compared to conventional technology with position sensor, this sensorless technology offers a considerable cost saving, higher reliability and robustness as well as a more compact drive system.

The Bitflux GmbH uses the acquired technology in the dynAIMx® software library, which very quickly enables manufacturers of electrical drive systems to remove the position sensor from their system without any special previous knowledge, and to operate their drive system still in a highly dynamic manner throughout the whole speed range down to standstill.

“This is another example where the outcome of academic research projects is increasing the quality of omnipresent everyday products such as vacuum cleaners and circulation pumps, but yet also helps to tackle challenges in the area of innovative high-tech products such as electric or electric/hybrid vehicles” Dr. Robert Phelps, BayPAT’s Chief Executive Officer said.

The Bitflux GmbH has its roots in a team of scientists of the Institute for Electrical Drive Systems and Power Electronics at the Technical University of Munich. Within the scope of the EXIST funding programme, a research project on sensorless control of synchronous machines has been funded by the Federal Ministry of Economics and Energy since mid-2015. At the beginning of the year 2016 the Bitflux GmbH was finally founded as a spin-off of TUM.

The Bitflux expertise is based on 20 man-years of research and development in the field of sensorless control, in which significant improvements could be achieved throughout further in-house development beyond the validation of all methods known in literature.