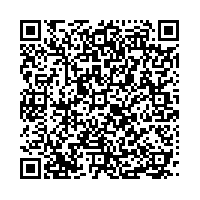 (PresseBox) ( Münster/Connersville, IN., 09-09-10 )
The name of the new police car, E7, is short and sweet. The vehicle will be produced and used in the United States starting in 2012. The sophisticated special-purpose car will be manufactured by Carbon Motors Corporation. The coating for the high-tech vehicle was developed by BASF Coatings and is characterized by extreme durability, high scratch resistance and an outstanding appearance.

In contrast to previous police cars, the E7 constitutes a brand new generation of law enforcement vehicles. Carbon Motors incorporated the ideas and suggestions of more than 3,000 active police officers from all 50 U.S. states in the development of the E7. The police car will be equipped with a rear compartment camera, sensors for detecting nuclear, biological and chemical weapons, as well as a specially shaped climate control seat, which enables an officer to sit comfortably even while wearing a duty belt, gun holster and body armor. The 300-hp clean diesel engine accelerates the vehicle to 100 km/h (62 mph) in 6.5 seconds; the top speed is governed to 250 km/h (155 mph). Equipment features also include an infrared night vision camera, an automatic license-plate recognition system and bullet-resistant panels around the front compartment to protect officers if they come under live fire.

The paint supplier Carbon Motors Corporation selected as its partner for the development of film chemicals and processes to be used on the thermoplastic exterior skin panels of the E7 patrol car is BASF Coatings. The paint manufacturer, in turn, teamed up with Soliant, one of the world's leading producers of special films that are used in the automotive, marine, and construction industries, as well as the signage industry. Soliant is based in Lancaster, South Carolina, and processes the paints BASF Coatings supplies for the E7 into a film that is then applied to individual sections of the vehicle. One huge benefit of this partnership is that Carbon Motors can produce the E7 without a paint shop in the assembly plant, saving hundreds of millions of dollars in capital costs. Furthermore, using special films is environmentally friendly because emissions of volatile organic compounds (VOCs) are substantially lower than in other coating processes.

The color palette for the police car was developed by the BASF color designers Holly Steward and Sandra Mathia at the BASF Coatings site in Southfield near Detroit. For the traditional Black & White exterior paint scheme, they chose a black standard paint. It complements the newly developed White Firemist tricoat used on the doors and roof. The designers picked coordinating shades of titanium for the wheels and grille to emphasize the durable, no-nonsense persona of the vehicle.

"We are delighted to work with the team at BASF Coatings, who have been at the forefront of research and development of automotive film finishes for many years," said Alan J. Bratt, executive vice president and chief production officer, Carbon Motors Corporation. He explained that using the BASF UV-curable film technology allows for the coating of the vehicle with minimal cost and environmental impact. Bratt added, "The E7 is a vehicle that is specially tailored to the needs of law enforcement. It is also better equipped and will reduce the overall lifetime costs compared to the retrofitted police cars used today."

The significance of the new vehicle is immense. While other occupational groups such as fire departments, ambulance services and post offices have long driven in purpose-built vehicles, thus far law enforcement officers in the U.S. have used modified everyday retail passenger cars for going out on patrol and pursuing criminals. The exciting, unique new squad car is just what the doctor ordered to make perpetrators' lives as difficult as possible.

BASF Coatings, the Coatings Division of the BASF Group, develops, produces and markets a high-quality range of innovative automotive OEM coatings, automotive refinishes and industrial coatings as well as decorative paints. BASF has significant market positions in the Coatings sector in Europe, North America, South America and the Asia/Pacific region. In 2008 BASF Coatings achieved global sales of almost 2.5 billion Euros. The internet address of BASF Coatings is www.basf-coatings.com. You can download a copy of BASF Coatings customer magazine "COATINGSPARTNER" from www.coatingspartner.com

BASF is the world's leading chemical company: The Chemical Company. Its portfolio ranges from chemicals, plastics and performance products to agricultural products, fine chemicals as well as oil and gas. As a reliable partner BASF helps its customers in virtually all industries to be more successful. With its high-value products and intelligent solutions, BASF plays an important role in finding answers to global challenges such as climate protection, energy efficiency, nutrition and mobility. BASF has approximately 97,000 employees and posted sales of more than €62 billion in 2008. BASF shares are traded on the stock exchanges in Frankfurt (BAS), London (BFA) and Zurich (AN). Further information on BASF is available on the Internet at www.basf.com.