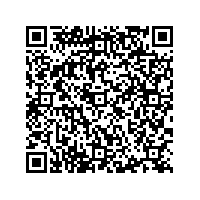 Luminescent black, bright new colors and the rediscovery of browns 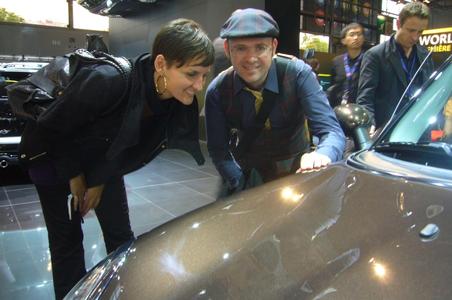 (PresseBox) ( Paris / Münster, 08-10-09 )
When it comes to automotive paint, they're the trend experts. Their annual trend forecasts, close cooperation with the designers in the automotive industry and not least, the wide range of possibilities provided by the new Color Design Studio Europe put them at the pulse of our time - and of the future, with regard to colors. BASF Coatings designers Eva Höfli and Mark Gutjahr are once again underway as trend scouts at the Paris Motor Show. They have seen lots of cars sporting finishes with BASF Coatings paints and whose creative color ideas were developed at BASF Coatings. It's true that many of the featured colors were developed in Münster in close collaboration with the automotive industry. Still, the appearance at the Paris Auto Show is a real acid test in terms of whether the designers' trend forecast and the ensuing color development will indeed meet with the end users' approval. And this important target group is represented by the many hundreds of thousands of curious visitors and 11,000 journalists from all over the world. To cut to the chase: BASF Coatings' colors are a hit. They're completely in vogue and are just what the customers want.

Contrary to the current color trend in Europe, where black and silver lead the statistics, a striking number of cars are sporting a white finish, and not just premium models. "We are also seeing lots of greens and blues in Paris, colors that stand for nature, water and the environment, just like white symbolizes purity and cleanliness in Europe," reported designers Höfli and Gutjahr. Cars finished in silver are less common, and those that are, also feature blue and green nuances.

The browns, golds and bronzes used to finish many of the cars at the Paris Auto Show could not be overlooked. These new shades have replaced the old rather negative image of brown. "We think there is great potential for these browns. While it is unlikely that the percentage of cars finished in these colors will reach the double digits, these color areas could conceivably offer all kinds of interesting finishes."

Chromatic, extremely colorful, luminescent finishes in magenta, bilious green, blue and once again, yellow, were also eye-catchers at the show. These high-chromatic variations show just how much technology is contained in the design process.

The new, super sparkling or tinted blacks also constitute interesting developments. Unlike previous blacks, they no longer visibly drift off into the realm of gray, but rather combine lush black with extreme sparkle or color highlights such as violet or gold. "As crazy as it sounds, it will be a black that lights up. But without any light," said Höfli, describing the vision.

The 110th Paris Motor Show runs until Sunday, October 19. The 362 exhibitors from 25 countries, over 11,000 journalists and 90 world innovations attest to the significance of this show. Along with the car shows in Frankfurt, Geneva, Detroit and Shanghai, it is one of the biggest of its kind.

BASF is the world's leading chemical company: The Chemical Company. Its portfolio ranges from oil and gas to chemicals, plastics, performance products, agricultural products and fine chemicals. As a reliable partner BASF helps its customers in virtually all industries to be more successful. With its high-value products and intelligent solutions, BASF plays an important role in finding answers to global challenges such as climate protection, energy efficiency, nutrition and mobility. BASF has more than 95,000 employees and posted sales of almost ?58 billion in 2007. BASF shares are traded on the stock exchanges in Frankfurt (BAS), London (BFA) and Zurich (AN). Further information on BASF is available on the Internet at www.basf.com.