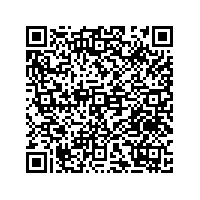 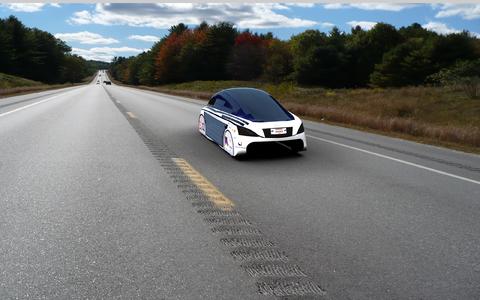 (PresseBox) ( Münster/Bochum/Lünen, 09-07-09 )
All good things come in threes. The first good thing was HansGo! back in 2003, followed by SolarWorld No. 1 four years later. Now, the Bochum University of Applied Sciences is presenting a new solar car, the BOcruiser. It's no surprise that BASF Coatings, supplier of the paint for the ultra modern vehicle, is pleased to be on board again with its Glasurit brand. After all, the model's predecessor SolarWorld No. 1 captured the design title of "World's most beautiful solar car" - and was also clad in a finish of Glasurit paint from Münster.

After the luminescent yellow used for SolarWorld No. 1, the BOcruiser is dazzling in white, a color that symbolizes sustainability and is increasingly present on the roads. Rainer Lennartz, who lives in the German town of Lünen-Brambauer and is a member of the Lennartz spraypainting team, was responsible for painting both Solarworld No. 1 and the BOcruiser. A team of around 30 engineering students are presenting a brand new concept with the BOcruiser. The most striking change is the fact that this latest solar car drives on four wheels rather than three, as was the case for Solar World No. 1.

For Lennartz, the requirements for the finish were even tougher than last time. For instance, in order to reduce weight, only the bare minimum of paint was to be applied, a demand not unlike those posed for Formula 1 racers, for which every gram counts. For this project, Lennartz chose Glasurit 22 Line HS 2K Topcoat. "No more than one and one-half layers of paint, but nevertheless fulfill the basic functions of the paint finish, like protection, durability and design," Lennartz said. In comparison, a new car is generally finished with four coats of paint (e-coat, primer, basecoat, clearcoat). Lennartz applied the primer to only some parts of the vehicle's exterior before topcoating it with 22 Line, which has a high degree of hiding power, allowing him to dispense with a clearcoat. The sponsors' logos were painted on with a stencil and sealed with clearcoat, and the surface was subsequently sanded and polished. "Bochum University and I agreed on this version of applying the logos, which prevents the edges of the decals from causing air swirl," Lennartz explained. The driving force for the Lennartz team involves fulfilling a dream. "If the BOcruiser wins the title of 'World's most beautiful solar car' the way its predecessor, SolarWorld No. 1, did, it will be a dream come true."

Every aspect of the BOcruiser is a technical masterpiece. The body is streamlined, with energy efficiency the car designers' top development goal. In addition to the car's proven prize-winning technology, such as its battery management system, innovative components were used as well. For instance, the workshops and labs at the Bochum University of Applied Sciences engineered an in-wheel motor that will power both the BOcruiser and other vehicles in the pipeline. This involved solving a whole range of problems, because the new vehicle is propelled by two motors. For weight and efficiency-related reasons, it was not possible to use a mechanical differential transmission. Instead, electronics and software are to determine the variability of the wheels' peripheral speed in curves. As with SolarWorld No. 1, six square meters of solar cells provide electric power. In this area too, the technology used is becoming more viable for everyday use. Silicon has replaced the costly gallium arsenide in the solar generator.

The BOcruiser will have its first real-life test in October at the World Solar Challenge, cruising 3,000 kilometers through the Australian outback. Project manager Prof. Friedbert Pautzke commented, "Our motivation for building this car was not to be first to cross the finish line at the race. The BOcruiser is part of our series of solar vehicles that is consistently taking the next innovative step toward everyday use. It will be proving its ability to take to the roads for the first time in the race Down Under."

For the team of electromobility pioneers from Bochum University, this journey will not be over once the race in Australia has been completed. Its next project is the Sustainable Individual Mobility Car, or SIMCar for short, an electric car for everyday use. Plans for the three-seater version have already been completed. The car is scheduled to be built in 2010.