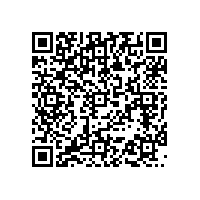 Chic and swift – the 720 SS Saoutchik

Fit for a world-class museum: Glasurit® paints for a rare Mercedes

(PresseBox) ( Basel/Münster/Mulhouse, 08-06-03 )
Dark red and black, elegance coupled with sporty chicness. That's the impression the Mercedes 720 SS Saoutchik convertible makes today at the Schlumpf Collection car museum in the French city of Mulhouse. It is the world's most prestigious car collection. The rare car serves the members of the museum association as a drivable calling card at important events. And thanks to the experts at Glasurit®, BASF Coatings AG's paint brand, the precious object is now sporting a gleaming coat of its original color.

That paintwork has to go!

The Mercedes Saoutchik was roadworthy. And its interior had been restored. The stunning Mercedes had even already been presented to the press. But the classic car's color - yellow and black - was a real thorn in the sides of the museum association, which had received the car from the car museum and had it restored. "One thing is for sure. A Mercedes of that vintage was never yellow. The paintwork had to go," explained Ruedi Wenger, classic car aficionado and CEO of the Wenger car body construction and vehicle production company, which is based in Basel. If anyone knows, Wenger does. The Swiss restoration experts have given all kinds of classic cars the facelift they needed. For these jobs, Wenger relies on Glasurit expertise. And this project was no exception. "We took the car to our bodyshop, completely disassembled it, and removed the old layers of paint. Luckily, we discovered some patches of the original paintwork near the back wheel well. The color analyses carried out by Glasurit automotive refinish products Switzerland identified the right color," Wenger adds. In 1929, when the Mercedes was built under Ferdinand Porsche as the technical director at Mercedes in Stuttgart, it was dark red. Thanks to the good cooperation between Wenger and Glasurit, the paintwork has been restored.

Years of experience and state-of-the-art technology

The Saoutchik couldn't have ended up in better hands. Both of the teams involved in restoring its paintwork have plenty of classic car experience under their belts. Three years ago, the two partners created a sensation with a joint project. Back then, the sleek 1974 Monteverdi Palm Beach, which is now on display at the Monteverdi Museum in Binnigen, Switzerland, near Basel, needed a new coat of paint. It had entered the "Concours d'Elégance Villa d'Este", the oldest and most traditional beauty contest for cars at Lake Como in Italy. Glasurit's restoration work is not just for museum pieces, however. For instance, a Mercedes 300 SL coupé currently being restored at the BASF Coatings site in Southfield, Michigan, has become a TV star. In April, the successful U.S. TV series "Dream Car Garage" sent a film crew across the Atlantic to interview experts at Glasurit's Münster site on the restoration process, color matching and paint.

For the experts at Glasurit, when it comes to color matching for classic cars, the sky is the limit. "Classic Car Colors" and their associated color databases make finding the right color for classic cars of all makes and models a piece of cake. Thanks to COLOR-ONLINE, an online database, the right solution is often just a mouse click away. In very tough cases, the COLOR-PROFI System (CPS) is there to help. The world's largest color archive has 200,000 color chips with original paint, documenting the color history of an entire century. Even the paint of a motorcycle built back in 1904 could be mixed in the original color. While the Mercedes 720 SS, at nearly 80 years, is younger than the motorcycle, it is still something quite special.

A rare bird - the Saoutchik

The Mercedes Saoutchik is dear to all the members of the museum association. And while beauty isn't only skin deep, their love affair with the Mercedes certainly has a lot to do with its exterior. The body's curved fenders in black and the elegantly rounded shape of the back end of the car with its integrated luggage set is both stunning and extremely rare. In all, only 115 720 SS models were manufactured. And just ten of them were given a body by the Saoutchik atelier in Paris, which closed down operations in 1955. The Mercedes from the Schlumpf Collection is one of only four cars whose whereabouts are known. The car's inner values are important, too, however. The sporty and luxurious body of the Super Sport - SS for short - has incredible power and energy. Its 160- to 200-horsepower motor lets the four-seater reach speeds of up to 190 kilometers per hour.

Under the Glasurit brand, BASF markets a comprehensive range of automotive refinishing paint systems, focusing on eco-efficient waterborne basecoats and high-solids paints. By using these systems all legal solvent-reduction requirements can be complied with anywhere in the world, and with regard to appearance and durability, the products meet the same quality standards as solvent-borne paints. In this area, the company offers a wide variety of services to support its customers. Glasurit Automotive Refinish is approved by most of the leading car manufacturers for aftermarket repair worldwide and chosen by them for its color expertise. Internet: www.glasurit.com.