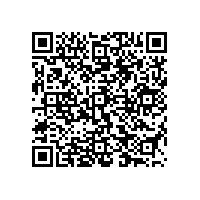 90 Line of Glasurit in Brazil

(PresseBox) ( Münster / Sao Paulo, 09-08-13 )
SulAmérica is the first Brazilian car insurance company to be prescribing the waterborne basecoat , the 90 Line of Glasurit, brand of BASF Coatings for refinish jobs on customer vehicles whenever an insurance claim is involved. Since Glasurit's paint system not only guarantees a perfect refinish result but, on account of its low solvent content, also considerably improves spraypainters' working conditions, SulAmérica has now agreed on a partnership with Glasurit. All the SulAmérica's Automotive Centres in the world's fifth-largest country are to gradually switch over to 90 Line.

SulAmérica operates with a permanent network of bodyshops.

For its motor vehicle customers, SulAmérica maintains service centres all over the country as contact points for dealing with insurance claims. These so-called "Automotive Centres of Customer Super Service", or CASAs for short, collaborate with a network of authorised bodyshops - and the latter must use 90 Line in future.

In March, the CASA in Porto Alegre was the insurance company's first service centre to have its bodyshop network completely switch over to this technology, one that is quite new in Brazil.

"Waterborne basecoats are widely used in the automotive industry and in Europe their use is even laid down by law. By adopting this 90 Line paint technology we will be offering our customers, for refinish work, exactly the same high quality standard as applies to the original paintwork - right down to exact reproduction of the original colour and finish", explains Carlos Alberto Trindade Filho, SulAmérica's Vice-President.

The use of 90 Line offers several advantages: higher productivity in the bodyshop and savings in material consumption are only two of these. It is above all the simple and reliable colour matching and identification system that makes 90 Line really interesting for SulAmérica. For this helps to prevent off-colour jobs and thus shortens the period that the car has to spend in the bodyshop. "Nowadays it takes an average of 15 days to deal with damage involving an insurance claim; we want to shorten this time by using 90 Line", stresses Trindade.

...soon throughout the whole of Brazil

To execute the project, representatives of Glasurit and SulAmérica have done quite a lot of persuading in all the bodyshops registered with CASA, and have given them support in launching 90 Line. After no more than a few days, all the spraypainters were able to use this environment-friendly paint system quite reliably.

Following the launch in Porto Alegre the project is also to be extended to cover the other SulAmérica CASAs. The next place in line for the switchover is the 10-million city of São Paulo - there alone there are three CASA branches. SulAmérica's Vice-President Trindade is sure of one thing: "Soon we will be able to offer our customers this environment-friendly automotive refinish paint everywhere in Brazil."

Glasurit launched 90 Line in Brazil in 2005, thus becoming the country's trailblazer for waterborne paint technology. "We are currently working on ways of convincing the country's best bodyshops of the advantages of 90 Line - advantages not only in terms of environmental protection but, most importantly, in terms of the product's great cost efficiency", explains Francisco Verza, head of the company's automotive refinishing division in South America. Glasurit is now the market leader in South America as regards waterborne basecoats.

SulAmérica is the largest independent insurance group in the country, with leading positions in the auto, health and P&C markets and has the largest network of active brokers selling its products in all regions of Brazil. SulAmérica is also the most recognized brand in the Brazilian insurance industry, servicing more than 6.5 million clients nationwide.