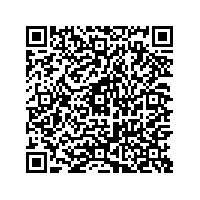 111 years of Glasurit - three times the number "One"

Product quality, color management and service are the most important Glasurit strengths

(PresseBox) ( Münster, 09-09-17 )
Glasurit®, a brand of BASF Coatings, will turn 111 years old in 2009. 111 - that means three times the number one and three pillars of success. With reference to the top products, the unique color management and the "first-class service", Glasurit holds the pole position in every regard. "A positive, successful future needs a golden past", says Christoph Hansen, head of the Automotive Refinish business unit of BASF Coatings. "We are equipped, because 111 years of experience in automotive refinishing are unmatched and an optimum basis for further success, i.e. for customers and for us", says Hansen.

The product quality of Glasurit guarantees efficient, economical, safe working in bodyshops. The best example of this is 90 Line, the most successful water-based paint system for automotive refinishing worldwide. Regardless of whether it's in the far north of Europe, in the United Arab Emirates, Australia, Eastern Europe or most recently in South America - 90 Line from Glasurit is highly regarded the world over.

111 years - that also means that Glasurit has the world's largest color library. There's hardly a color that isn't known, and therefore can't be reproduced. "We help our customers quickly find and precisely reproduce colors. This is one of the key factors in our success," explains Christoph Hansen.

The first-class service is also a major factor in the business success of Glasurit. Here individual solutions are agreed upon by the Glasurit consultants together with the customers. These solutions show potential for savings and development options, enabling the success of each customer.

One of the guarantees for the success of Glasurit is based on its long history, and therefore on experience. "Glasurit" stands for "glaze-like hard coating" (German: glasurartig harter Überzug), communicating a crucial quality characteristic of the paints originally produced by Max Winkelmann. The story of the Glasurit brand actually started 120 years ago in Hamburg, where merchant Max Winkelmann opened his "business with paints and lacquers" back in 1888. He quickly began his own production of the then revolutionary new paint color crystal white and the rust preservative Eisenglasurit (Iron Glasurit). The gigantic steamer ships and the imperial yacht were refinished with Eisenglasurit, kicking off Glasurit's success story. In a matter of 10 years, the products from Winkelmann's business were so successful and so numerous, that he decided to market them under a single brand name. And that marked the birth of Glasurit. In 1898, the Glasurit brand was officially registered, and Glasurit's first symbol and logo was born: the Chinaman.

The rapidly growing fledgling company quickly reached its capacity, but the factory in Hamburg could not be expanded. In 1903, a piece of real estate near a canal, railway and road in the town of Münster-Hiltrup became the paint factory's new site - and has served as the company's home ever since. That same year, construction work for a paint factory on the new premises was started. In 1904, the site's landmark, the water tower, was erected. It is still standing today. In 1908 the official name of the company became "Max Winkelmann Aktien-Gesellschaft" (public limited company). In 1920, the ethyl alcohol paint factory went into operation. The year 1924 saw the beloved parrot, which today is recognized throughout the world, replace the Chinaman as the trademark.

The year 1925 ushered in the nitrocellulose paints era. The "Glasso" paint factory was built, and the name became a symbol for progress and innovation. Glasso made Germany's first spray application for cars possible. From 1930 onward, "Glasurit" was the continent's largest paint factory, with a workforce of 1,000. In 1932, the next milestone was achieved: the production of synthetic resin paints and enamels. The products were marketed under the "Glassomax" name, which later adorned a number of factories. In 1938, Glassomax I, with an area of over 4,000 square meters, was the first factory to open.

The Second World War brought a great deal of suffering and damage to the residents of Hiltrup and "their Glasurit". The laboratory, warehouse and production facilities were destroyed. But not long after the end of the war, the company started over again and growth continued. In 1949, the new resin laboratory was built. The launch of metallic coatings in 1962 was a genuine milestone. In 1965, e-coating was developed. That same year, the Max Winkelmann GmbH became a subsidiary of BASF Aktiengesellschaft, Ludwigshafen.

In 1972, the company was renamed BASF Farben + Fasern AG and Glassomax IV was built. Other important steps were the construction of the new resin plant in 1979 and the building of Glassomax V in 1985. In 1986 the company was called BASF Lacke und Farben. In 1992, waterborne refinishing products were introduced - 90 Line. The company was given the name BASF Coatings AG in 1997. The year 2003 marked the 100th anniversary of the founding of the site. The state-of-the-art distribution center was built in 2004. In the same year 68 Line from Glasurit was launched on the market - a refinish system for commercial vehicles. The introduction of the Classic Car Colors in 2007 expresses what makes up the history of a paint manufacturer: Virtually any color can be reproduced by Glasurit and there is a refinish solution for any color.

The new Refinish Competence Centre, re-opened in September 2009 at the Münster-Hiltrup site, is "the" training facility of the painting industry and an important marketing instrument for Glasurit. Here the claim to being number one of an industry is realized in a training and education concept that is unrivaled the world over.

There's no question about it: the Glasurit brand has been successful and popular worldwide for many decades.