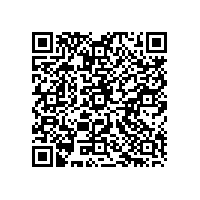 juwi and µ-Sen to expand collaboration 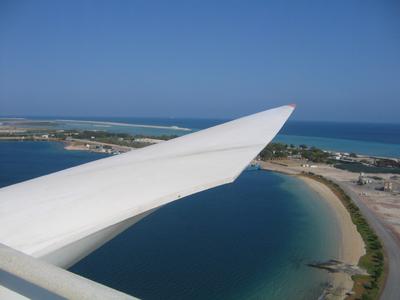 (PresseBox) ( Wörrstadt/Rudolstadt, 09-03-17 )
The juwi group, based in Wörrstadt in Rhineland-Palatinate, and µ-Sen GmbH of Rudolstadt, Thuringia, are set to place their already extremely successful partnership on an even firmer footing: juwi Service & Technik GmbH, a subsidiary of the renewable energy specialists, are with µ-Sen concluding a new and far-reaching framework agreement regarding the supply of systems for condition monitoring (CM) the primary mechanical components (bearings and gears) in wind energy systems (WES). This framework agreement is to run until 2011, and is to cover every aspect of service, from all of the necessary hardware and software to technology transfer for daily condition monitoring of the systems.

Rolf Heggen, CEO of juwi Service & Technik GmbH, comments: "juwi recognised at a very early stage the potential that professionally integrated CM can offer operators. So for juwi, modern CM means the integration of new indicators such as online imbalance measurement, which can help both safeguard and increase yield, as well as standard factors such as early error diagnosis."

"As analyses of the years 2007 and 2008 have shown, operators of wind energy systems serviced by juwi Service & Technik have made savings of no less than approx. 1.5 million euros, thanks to our CM systems", Holger Fritsch, Approved Signatory of µ-Sen, explains. For example, on a 1.5 MW WES, a deliberate 50% reduction in system output alongside continuous monitoring of damage development via the installed CM system made it possible to avoid a shutdown that could have lasted for months. As Heggen comments, "This is not only important in terms of yield, but also helps boost public acceptance of wind power in general".

All of the 250 systems (with output of more than 350 MW) which are currently serviced by juwi Service & Technik GmbH both within Germany and internationally will in future largely be monitored online using CM systems, in addition to the remote monitoring currently in place. All data is incorporated into the juwi database, and expansion of the database is to be on-going.

"Should anomalies occur, this will make it possible to work on remedying them as quickly and as efficiently as possible. In general, the deployment of certified, multi-vendor CM systems will enable operators' interests to be better realised, especially in cases of warranty expiry", explains Heggen further.

About the juwi group

The juwi group was founded in 1996 by Matthias Willenbacher and Fred Jung. The CEOs together transformed the company, which is now based in Wörrstadt, Rhineland-Palatinate, from a two-person operation focussing on wind farm project development into an internationally active group with around 500 employees and an annual turnover of more than 400 million euros. As well as solar power and bioenergy, juwi also specialises in wind and water power, and geothermal energy. To date, juwi has installed more than 300 wind turbines producing a total output of over 450 MW, while in the solar sector, juwi has set up around 800 PV systems with a total capacity of more than 200 MW as of December 2008.

µ-Sen has been established since 2001 as a supplier of multi-vendor solutions for early error diagnosis in wind energy systems, which also encompasses the design of certified services for condition monitoring the systems online. µ-Sen is currently monitoring more than 650 wind energy systems with a total cumulative output of 1 GW. The wind energy systems equipped with CM systems have an output range of from 250 kW to 5 MW, and are installed offshore as well as onshore.