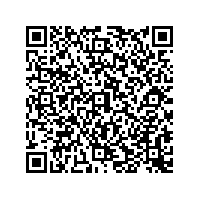 (PresseBox) ( Ingolstadt/Beijing, 08-05-21 )
Johannes Thammer (52) will become the new Managing Director of the Audi Sales Division in China as of June 1, 2008. The current Head of After Sales and Genuine Parts for Audi succeeds Werner Eichhorn (45), who has been announced by Volkswagen as the new Head of Sales for Germany for Volkswagen Passenger Cars as of June 2008. Bernd Hoffmann (44) will take over the position vacated by Thammer.

Johannes Thammer has worked worldwide for AUDI AG since 2005 as Head of After Sales and Genuine Parts. The graduate in engineering studied mechanical engineering, majoring in automotive technology, and began his career at Audi in 1982 in Chassis Controlling. From 1985 to 1991 Thammer worked for BMW as an executive in product marketing. He held executive positions in Marketing and Sales for AUDI AG between 1991 and 1999. In 2000, he moved to Brussels to become Toyota's Vice President for Product and Sales Planning before returning to Audi in September 2005 to assume the position of Head of After Sales.

Starting in June 2008, Johannes Thammer will direct Marketing and Sales in China for the brand with the four rings, within the joint venture between AUDI AG and FAW (First Automobile Works Group Corporation). Audi is the market leader in China's premium segment. With over 100,000 cars sold during 2007, China is the biggest export market for AUDI AG.

Bernd Hoffmann, currently Head of Sales Development at AUDI AG, will assume the position vacated by Johannes Thammer. Hoffmann began his career at Volkswagen AG in Wolfsburg, followed by executive positions in Marketing for AUDI AG, and from 2001 to 2004 was Head of Marketing and Sales for Automobili Lamborghini S.p.A.