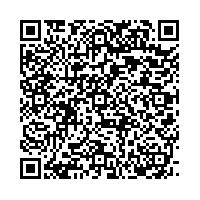 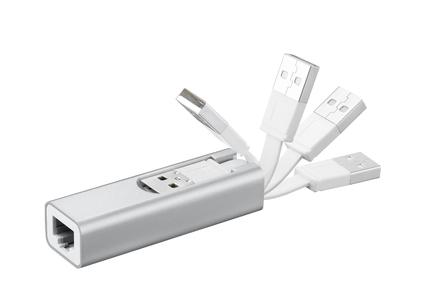 Transformer AiO is the world's first All-in-One PC with a detachable display that doubles as a standalone tablet for three distinct modes of use. Transformer AiO is a fully featured desktop PC with Windows 8, and is powered by a 3rd generation Intel® Core(TM) processor with NVIDIA® GT 730M graphics for outstanding multi-tasking and entertainment performance. The 18.4-inch Full HD IPS display delivers brilliant images with 178-degree wide viewing angles for easy enjoyment with friends and family, while ASUS SonicMaster audio technology ensures an immersive listening experience with music, movies and everything in between.

With its display detached from the desktop PC Station, Transformer AiO instantly becomes a king-size tablet with two different operating systems to suit different tablet needs. Wireless Remote Desktop technology maintains a high-speed wireless connection to the PC Station for complete remote control of Windows 8 using the multi-touch display. Alternatively, Transformer AiO seamlessly switches into a self-contained Android 4.1 tablet with an NVIDIA® Tegra® 3 quad-core processor at the touch of a button. The integral handle makes it easy to carry the tablet from room to room and a built-in stand keeps the display at the perfect angle for tabletop use.

The ASUS PA249Q ProArt delivers uncompromising color precision for users who need a professional-grade monitor. The 24-inch PA249Q ProArt has a 1920 x 1200 resolution with 16:10 aspect ratio and features IPS display technology for 178-degree wide viewing angles. Pre-calibrated at the factory for the highest accuracy of any display in this category (∆E <5), the PA249Q ProArt provides six-axis color control and outstanding color space reproduction - 99% Adobe RGB, 103% NTSC and 100% sRGB.

ASUS QuickFit Virtual Scale displays images and documents in actual size on-screen for true "what you see is what you get" accuracy. A five-way navigation key gives easy access to display parameters, while full tilt, swivel, pivot, and height adjustment ensures a comfortable viewing position. The PA249Q also features four USB 3.0 ports for pass-though connectivity at speeds up to 10 times that of USB 2.0 with compatible devices.

The ASUS WL-330NUL Pocket Router is the world's smallest fully featured wireless router designed to make getting online via Wi-Fi as easy as possible when away from a home or office network. Barely larger than a USB flash drive and weighing just 25g, the WL-330NUL Pocket Router features a single Ethernet port for connection to a wired network and built-in 802.11b/g/n Wi-Fi for extending a wireless network.

Powered from a notebook USB port or by plugging directly into a mains socket, the WL-330NUL Pocket Router creates its own secure wireless hotspot for easy sharing of a wired or wireless connection with multiple wireless devices. The WL-330NUL Pocket Router can also be used as a USB Ethernet adapter for notebooks that lack a built-in Ethernet port, making it the perfect travelling companion for ultra-slim Ultrabooks(TM) .

The following products will be available in select markets from authorized ASUS resellers on the dates below. For more information, please contact your local ASUS representative.

ASUS today announced the Transformer AiO PC with an 18.4-inch display that doubles as a multi-touch tablet and the Qube with Google TV home entertainment device.

ASUS today announced the world's first all-in-one PC with an 18.4-inch display that doubles as a multi-touch tablet. Powered by a 3rd generation Intel® Core(TM) processor when docked to its desktop PC Station and an NVIDIA® Tegra® 3 quad-core processor for standalone tablet use, Transformer AiO switches seamlessly between Windows 8 and Android 4.1 for the best of both desktop and mobile worlds. ASUS also announced the Qube with Google TV home entertainment device, the 24-inch VG248QE Fast Gaming Monitor with 144Hz refresh rate, the 24-inch PA249Q ProArt professional monitor and the WL-330NUL Pocket Router.

Specifications, content and product availability are all subject to change without notice and may differ from country to country. Actual performance may vary depending on applications, usage, environment and other factors.

ASUS is a worldwide top-three consumer notebook vendor and maker of the world's best-selling, most award-winning, motherboards. A leading enterprise in the new digital era, ASUS designs and manufactures products that perfectly meet the needs of today's digital home and office, with a broad portfolio that includes motherboards, graphics cards, optical drives, displays, desktop and all-in-one PCs, notebooks, netbooks, servers, multimedia devices, wireless solutions, networking devices, tablets and smartphones. Driven by innovation and committed to quality, ASUS won 4,168 awards in 2012 and is widely credited with revolutionizing the PC industry with its Eee PC(TM). ASUS has more than 12,500 employees around the globe with a world-class R&D team of 3,800 engineers. Company revenue for 2011 was approximately US$11.9 billion.