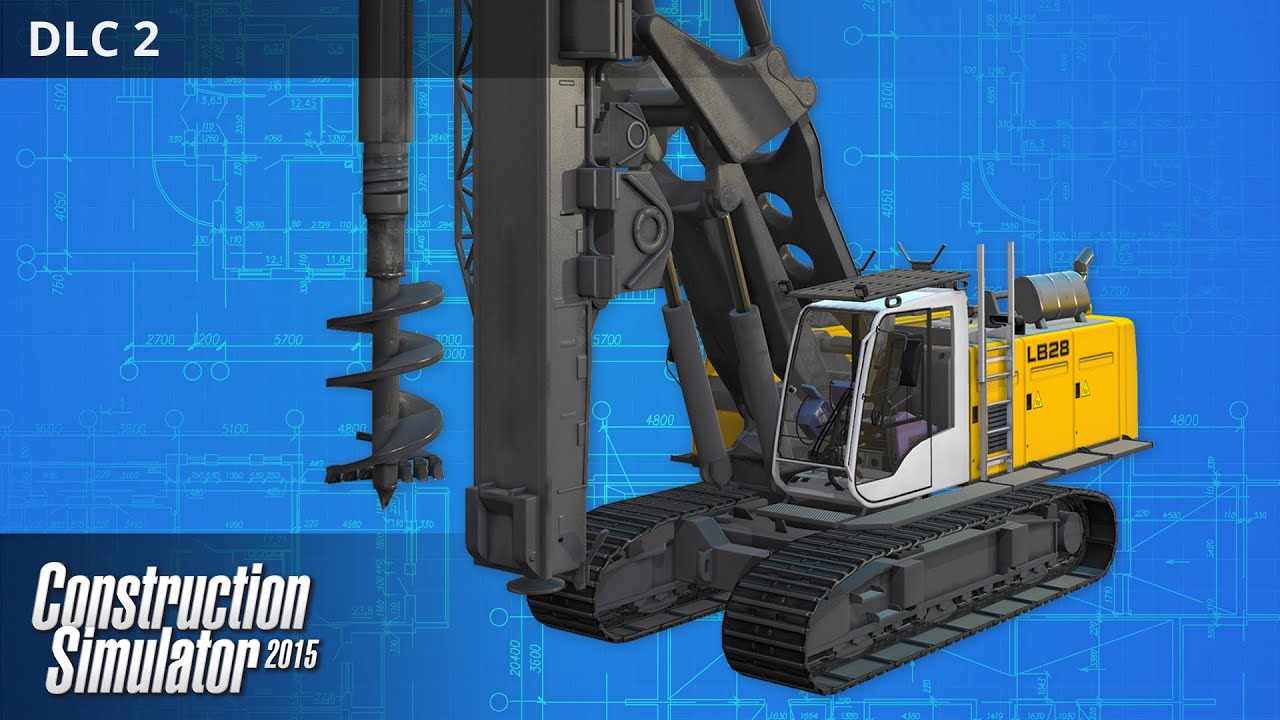 (PresseBox) ( Mönchengladbach, 15-07-29 )
With the second official add-on of Construction Simulator 2015 games publisher astragon and the Wiesbaden/Germany based developer studio weltenbauer. bring once more some heavy machinery to players’ PCs: Within the DLC, fans will find an originally licensed Liebherr LB28 - Rotary drilling rig, a compatible heavy transport trailer as well as two new, challenging construction missions. Additionally to the add-on, virtual building magnates will also be happy to hear that they will be able to receive a bonus vehicle for their fleet even without the purchase of the DLC!

In Construction Simulator 2015 the player assumes the part of a building contractor, who expands his company – and his vehicle fleet - bit by bit by successfully implementing varied construction and delivery missions, by and by becoming the largest construction tycoon of the city. The main game by now includes 16 vehicles painstakingly modelled after original machinery by famous makers such as Liebherr, MAN and STILL. The game experience is further enhanced by various vehicles and missions created by the members of the game’s large and active modding community.

Thanks to the precision and efficiency of the Liebherr LB28 - Rotary drilling rig in the two brand new building missions of the add-on, the fundaments of challenging construction projects such as high rise buildings can now be secured by additional foundation piles. The rotary drilling rig therefore complements the vehicle park perfectly and can also be employed in many other missions of the main game. In order to professionally transport the rotary drilling rig, which is even in its de-rigged state 26 meters long and weighs a good 100 tonnes, to the designated construction site, owners of the DLC will be able to use a specially designed heavy transport trailer.

Players who have purchased the add-on will of course be able to continue playing with others who are not in possession of the DLC in the cooperative multiplayer mode. Construction fans who have not downloaded the Liebherr LB28 - Rotary drilling rig-DLC can still join game sessions that use the add-on, but will not be able to see or use the new content or start the new missions. This ensures that all players can keep on working together in the multiplayer mode.

As a little thank you to all members of the faithful Construction Simulator community the release of the new DLC will be accompanied by a free transport escort vehicle for all players in possession of the main game, which can be used to close off streets and so avoid trouble with the AI-traffic while transporting the giant LB28. This is also a way in which friends can actively support the progress of the building projects even if they do not own a version of the add-on.

During this year‘s gamescom 2015 in Cologne, simulation fans will not only be able to play Construction Simulator 2015 including all of its add-ons at the astragon booth A020 in hall 8.1 from 05.08 until 09.08.2015, but also catch a first glimpse of upcoming developments! The developer team of weltenbauer. will also be present at the booth several times during the expo for interviews and are also looking forward to interesting face-to-face conversations with passionate modders during the scheduled mod-meetings.

weltenbauer. Software Entwicklung GmbH is a developer of computer games, interactive applications and visualizations. Since 2006 weltenbauer. has implemented a great variety of projects in the games, serious games and interactive segments. This has enabled the team to gain extensive experience in multi-platform development for mobile devices, consoles, desktop systems and browsers. The weltenbauer. team consists of twelve permanent employees and free-lance experts from the fields of 3D computer graphics, conceptualisation, real time and web development. Find more information on www.weltenbauer-se.com and www.facebook.de/weltenbauer.

More information on Construction Simulator 2015 can be found on facebook and the official game homepage:

The astragon Entertainment GmbH and the astragon Sales & Services GmbH have emerged as the core of the newly created astragon group formerly consisting of the two games publishers astragon Software GmbH (founded in 2000) and rondomedia Marketing & Vertriebs GmbH (founded in 1998) in July 2015. Today, the astragon group is the second largest producer and marketer of computer games in Germany (number of units CD-ROM/DVD as per GfK Media Control, complete annual evaluation 2014).