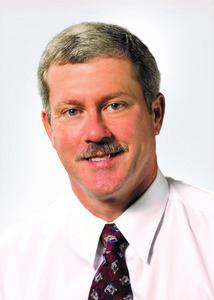 (PresseBox) ( Hilden, 15-09-11 )
ASK Chemicals is to consolidate its existing Spanish plants in Castro Urdiales, Idiazabal and Artziniega into a single industrial complex covering ten thousand square meters in the Port of Bilbao, which will become a flagship facility for the ASK Chemicals Group. A total of 10 million euros will be invested in the move to the new site as part of the group's expansion and growth strategy.

ASK Chemicals has three production plants in northern Spain – one in Castro Urdiales in the Cantabria region, and two in the Basque Country: the first in Idiazabal, and the second in Artziniega. The new site consists of a ten thousand square meter industrial unit in the Port of Bilbao (Zierbena area), on a plot measuring some thirty thousand square meters.

The newly created plant will supply the foundry markets of neighboring countries, becoming a flagship site for the ASK Chemicals Group. To avoid supply issues for customers and help ensure a smooth start to operations at the new plant, the move to the new facilities will take place in several phases. The anticipated initial investment for the first phase is 6 million euros. That figure will rise to 10 million euros by the time all the phases are complete.

ASK Chemicals España does not only intend to retain all existing 80 members of staff but also to expand its workforce to around 90 - 100 employees in the future.

“The decision to move to one plant was clearly motivated by our growth strategy and the need to concentrate our operations,” Gary Reed, Chief Operating Officer at ASK Chemicals, states. “One important reason for us choosing the Port of Bilbao is clearly its prime geographical location, which will enable us to provide a better service to Southwest Europe (Spain, France, Italy and Portugal).”

ASK Chemicals is one of the world’s largest suppliers of foundry chemicals, with a comprehensive product and service portfolio of binders, coatings, feeders, filters and release agents, as well as metallurgical products including inoculants, Mg-treatment and inoculation wires and master alloys for iron casting. Core production and prototype development as well as a wide range of simulation services round off what the company has to offer.

ASK Chemicals is represented in 25 countries and employs approx. 1,400 people worldwide. With research and development in Europe, America and Asia, ASK Chemicals sees itself as the driving force behind industry-specific innovations and is committed to offering customers a consistently high level of quality. Flexibility, quickness, quality and environmental friendliness, as well as cost-effective products and services are of key importance.