Professional Live Broadcasting from the Cloud 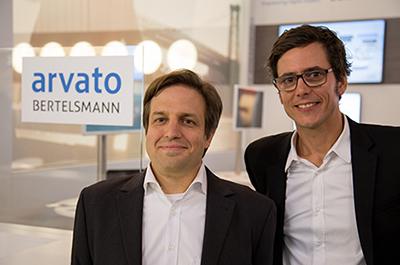 (PresseBox) ( Gütersloh, 15-09-14 )
Gütersloh/Cologne – Today at IBC 2015 in Amsterdam, make.tv and arvato Systems informed about their new cooperation. In the course of this, make.tv’s Live Video Cloud and arvato Systems’ Media Asset Management “VPMS” will be consolidated to facilitate the work of production teams. It will enable content producers to browse, view, select and curate live and recorded contributions before they even hit the in-house production infrastructure.

Thanks to the new partnership with make.tv, arvato Systems offers important benefits to their Enterprise MAM clients: Regardless of origin, make.tv ensures that all incoming streams are ingested into their scalable Cloud architecture. Streams can include contributions from users as well as journalists, and can have been made on anything from professional broadcast technology through to a smartphone.

Multiple inputs require intensive monitoring and, using the multi-view facility provided by make.tv, the editorial team can stay up-to-date with up to 12 live feeds at the same time. As the editorial teams curate incoming streams within the make.tv Cloud, bandwidth and storage are conserved. Content is immediately available in arvato Systems’ “VPMS” Media Asset Management system and, using the latest “EditMate” features, high end remote editing is now a reality.

A live feed is more than a one-way information flow: selecting an input source in the Live Video Cloud makes it available for direct chat, voice or intercom communication – saving precious time and enabling real-time changes where needed.

Video streams are assigned directly to local broadcasting environments, live streaming destinations such as YouTube live, CDNs – as well as production systems such as “EditMate” or the “VPMS” MAM system. These target systems can then launch further workflows e.g. archiving. For “VPMS” users, the add-on is in the Cloud so no software installation is required – and its intuitive interface means no additional training either.

Stefan Eckardt, Head of Product & Presales Digital Media Management is delighted with the fruits of the new cooperation. “This partnership provides our major broadcast customers with a truly future-oriented production method and supports our current Cloud strategy. The journey that media content takes from recording to distribution has been shortened to an extent that is positively revolutionary.”

About make.tv
The make.tv Live Video Cloud enables broadcasters and publishers to acquire live video from smart phones and professional cameras. Using its cloud-based applications, users can curate live feeds, mix multi-camera productions and simultaneously publish the content to newsroom- or live production environments as well as YouTube, Twitch and other platforms or CDNs. The make.tv Cloud is an open architecture that accepts inputs from a multitude of sources and publishes to any live video enabled destination or 3rd party decoder. Clients include MTV/Viacom, ProSiebenSat.1, ZDF, NTV, Perform, Plazamedia, Axel Springer, Spiegel Online. make.tv is run and owned by SMT Streaming Media Technologies GmbH, based in Cologne, Germany and Los Angeles, USA (www.make.tv).

As global next generation IT systems integrator arvato Systems focuses on "Digital Transformation Solutions". We use the technology talent and expertise of over 3,000 people at more than 25 sites throughout the world. Being a part of the arvato network and belonging to Bertelsmann, we have the unique capability to create entire value chains. Our team creates integrated, future-proof business infrastructures that help make our customers more agile and competitive, and enable them to deliver new standards of service to their customers. We create streamlined digital processes that support innovative business models. Moreover we provide operation and support services.

Customers from the world of media, one of our core areas of expertise, can also benefit from these solutions. Custom-tailored arvato Systems solutions for broadcast management, media asset management, and publishing, enhanced by marketing and enterprise solutions are in use today in more than 30 countries.